A Soyuz capsule carrying a robot called Fedor failed to dock at the International Space Station (ISS). Scientists at Russia's Roskosmos are trying to correct the issue, with journalists asked to leave mission control. 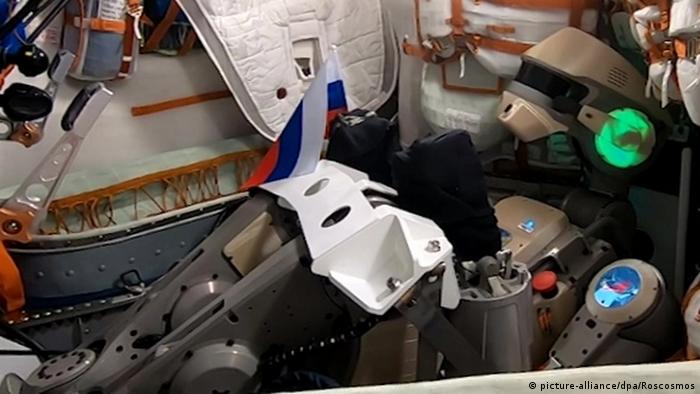 Fedor is traveling in the pilot's seat of the capsule, but not steering

Fedor, a Russian-built space-faring android, is running late for his rendezvous with the International Space Station (ISS) after the docking procedure failed to execute on Saturday morning.

The robot left Earth on Thursday aboard a Soyuz capsule, which was programmed to close in on the orbital station and dock automatically. On Saturday, Russia's space agency, Roskosmos, showed a live feed of what was expected to be the final stage of the journey.

Fedor's Twitter feed also showed a photo from the ship, saying that the spacecraft had 153 meters (167 yards) to go.

However, once the ship got within 100 meters of the ISS, the capsule's automatic docking system apparently failed to stabilize the vessel. After that, the capsule began to move away and the feed ended, according to an Interfax correspondent at Roskosmos' mission control outside Moscow.

The ship has since been moved to a "safe distance" of 300 meters away from the ISS, according to the news agency. Roskosmos did not immediately comment on the incident. The journalists were asked to leave the building, news agency RIA Novosti reported.

According to NASA, Russian flight controllers told the ISS crew that preliminary data indicated the problem was on the ISS side, not on the module. The controllers suspected the fault was with the so-called KURS automated rendezvous system.

"The Soyuz is on a safe trajectory above and behind the space station that will bring it in the vicinity of the orbital complex again in 24 hours and 48 hours," NASA said on its official blog. 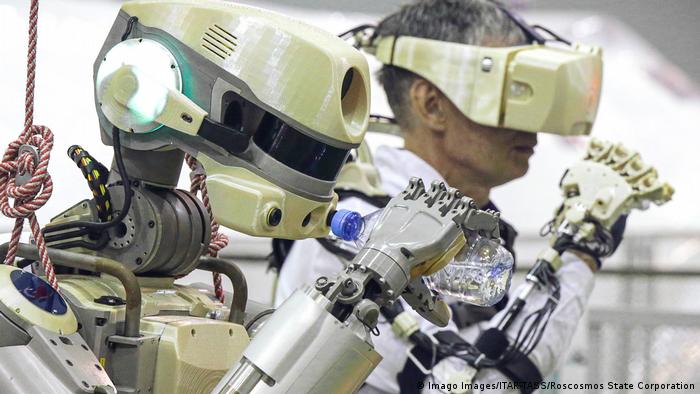 Fedor was set to learn new skills at the ISS

The two Russian cosmonauts, Alexei Ovchinin and Alexander Skvorotsov, will be sent instructions to swap the KURS signal amplifier on the ISS and then test it.

"Russian flight controllers have indicated the next earliest docking attempt could be Monday morning," NASA said.

Failure of the mission would be a major embarrassment for the Russian space program, after Russian officials repeatedly used Fedor and his trip to space to draw media attention to the country's technological achievements. Earlier this month, Roskosmos chief Dmitry Rogozin tweeted a video showing Fedor's preparation for the flight.

The robot was blasted into space on a new booster rocket that is set to transport humans from next year. The capsule is designed for human transport, but was launched with no humans aboard, the first such flight in more than three decades.