Russian authorities have searched the homes of leading opposition activists. Human rights groups have accused the government of using the raids to intimidate activists ahead of a planned protest. 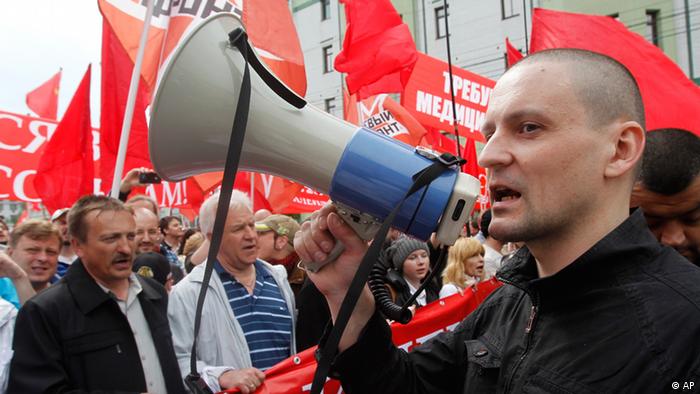 Russian police and investigators said on Monday they were searching the residences of opposition leaders ahead of a planned demonstration against President Vladimir Putin.

The Federal Investigative Committee said the search operations were being conducted in connection with a criminal investigation into a rally last month that "ended in mass disturbances."

The May 6 rally drew an estimated 20,000 people onto the streets of Moscow to protest against Putin's rule. The rally ended with hundreds of people being arrested after some of the demonstrators clashed with police.

Human rights groups have accused the authorities of using the raids as a means of intimidation ahead of a planned demonstration on Tuesday, which organizers hope will bring tens of thousands onto the streets.

"They are trying to disrupt the "March of Millions" and make sure fewer people come," rights activist Lev Ponomaryov told the Interfax news agency.

The new legislation, which President Vladimir Putin signed into law last week, allows the authorities to impose fines of up to 300,000 rubles (7,400 euros, $9,100), which is more than the average annual salary in Russia. The previous maximum fine had been 5,000 rubles.

The new law has been sharply criticized not only by human rights organizations but also the European Union. Putin has defended the legislation as being in line with European norms.