Missing Russian photojournalist Andrei Stenin has been confirmed dead, according to the RIA Novosti news agency. Stenin's remains were found in a burnt car on the outskirts of the separatist stronghold, Donetsk. 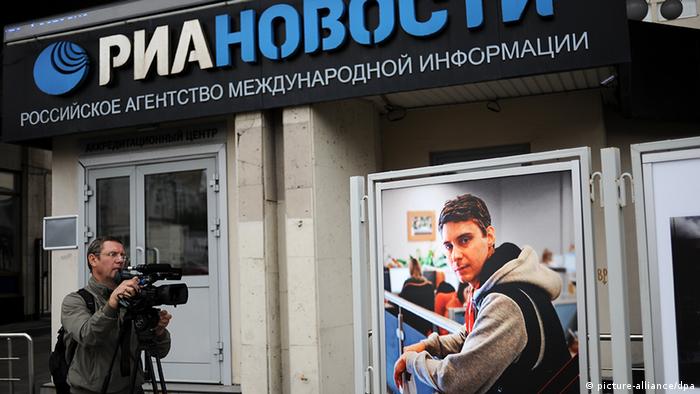 Stenin (pictured, photo center), 33, had gone missing in August while on assignment for RIA Novosti in eastern Ukraine, where he was embedded with pro-Russian separatists. Colleagues in Russia originally believed that he had been kidnapped by pro-Kyiv forces and launched a campaign for his release.

But human remains found in the burnt-out wreckage of a car on the outskirts of Donetsk have been identified as Stenin's, according to Dmitry Kiselyov, director-general of state-owned RIA Novosti. Stenin's car had apparently come under fire from Ukrainian forces and burst into flames.

"It turns out he was not a prisoner, he has been dead for a month," Kiselyov said. "His car was hit by shots, and it had been burnt on the road close to Donetsk."

"Unfortunately, when we were all trying to do our best, and even the impossible, to save him, Andrei was already no longer alive," Kiselyov said.

In June, three other Russian journalists were killed in Ukraine. An Italian photographer and his Russian assistant were killed covering the conflict at the end of May.