Andre Shipulin is among those being investigated by Austrian authorities on allegations of doping. However, the Russian biathlete insists that he has always been clean. 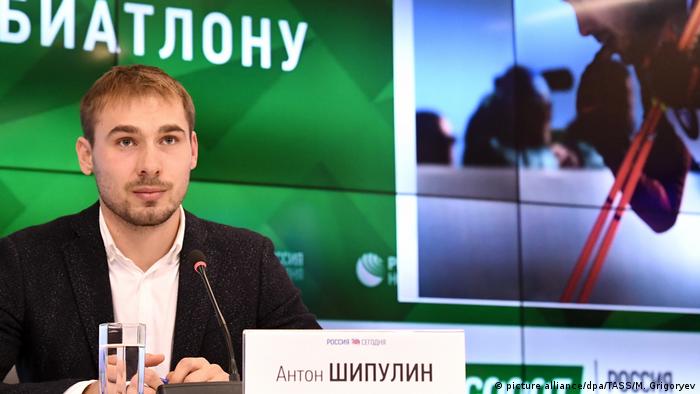 Anton Shipulin, 31, used a Moscow press conference on Tuesday to announce his decision, saying his last race would be Saturday's World Team Challenge in Gelsenkirchen, Germany.

"There's no sense in carrying on torturing myself, my fans and my loved ones," Shipulin said. "I can't find in myself the motivation that I need."

Shipulin's announcement comes less than a fortnight after Austrian prosecutors said they were investigating Russia's biathlon team, including him, for suspected doping during last year's World Championship in Hochfilzen. However, he reiterated his assertion that he has never used performance-enhancing drugs.

"I am not trying to run from problems. I have always said I was clean," he said. "All possible accusations towards myself, even all rumors are nonsense. Total nonsense."

Shipulin also said that concerns about his health had played a role in his decision, having suffered from viral infections three times in the past month.

Shipulin, who won gold in the 4x7.5-kilometer relay at the 2014 Winter Olympics in Sochi, was not among the Russian athletes invited by the International Olympic Committee (IOC) to compete at this year's Pyeongchang Games under the "Olympic Athletes from Russia" banner.  The IOC did invite a number of Russians with no history of doping to compete in Pyeongchang despite having formally barred the country from the Games over evidence of state-sponsored doping contained in the McLaren Report.