Russell Crowe has sold off possessions and film memorabilia worth about $3 million in Sydney. The Oscar-winning actor said it was his way of coming to terms with his divorce. 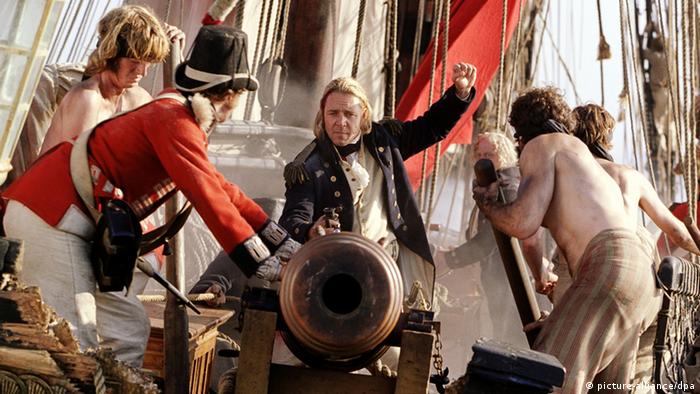 A mixture of 227 items was on auction at the event held at Carriageworks, a railyard-turned-art center in Sydney, Australia, on Saturday as part of the Australia-based New Zealander's divorce settlement.

The event, titled The Art of Divorce, came on Crowe's 54th birthday, also the day he divorced his wife of nine years, Danielle Spencer. Crowe said it was a way to deal with the end of his marriage. He and Spencer separated in 2012.

"G'day folks, how you doing?" Crowe asked the crowd. "Are you having a bit of fun?"

"It's been a lot of fun putting it together for you."

An 1890 Italian violin created by Leandro Bisiach, which Crowe bought for the film "Master and Commander."

"This item is dear to my heart ... It was made by the patriarch of the company," said Crowe.

The costume Crowe wore as Captain Jack Aubrey in the 2003 film "Master and Commander" went for 115,000 Australian dollars.

Costume pieces and props from his film "Gladiator," which was sold for tens of thousands of dollars.

The film was a 2000 blockbuster that earned Crowe his Academy Award for Best Actor.

Stunt armor worn by Crowe when his character Maximus died in the film was bought for 125,000 Australian dollars.

A replica Roman chariot was sold for Australian 65,000 dollars, while its two life-sized prop horses went for 5,500 Australian dollars each. 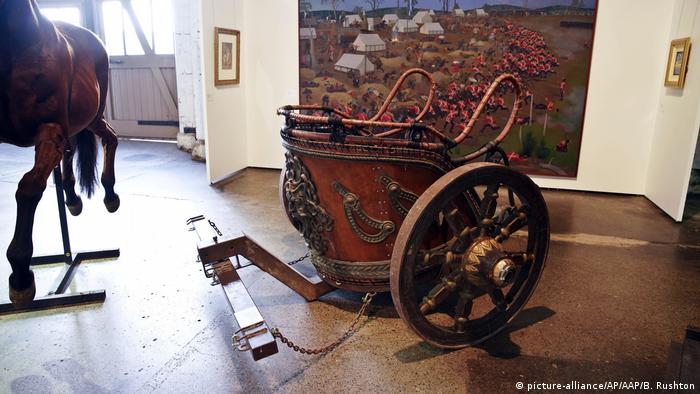 A chariot used by actor Russell Crowe for the filming of "Gladiator," sold at the auction "Russell Crowe: The Art of Divorce"

A leather pair of Dr Martens boots from an earlier movie, "Romper Stomper," was purchased for 10,000 Australian dollars.

One of the most expensive items sold was the 1960 Charles Blackman artwork "The Suitor," which sold for 360,000 Australian dollars. 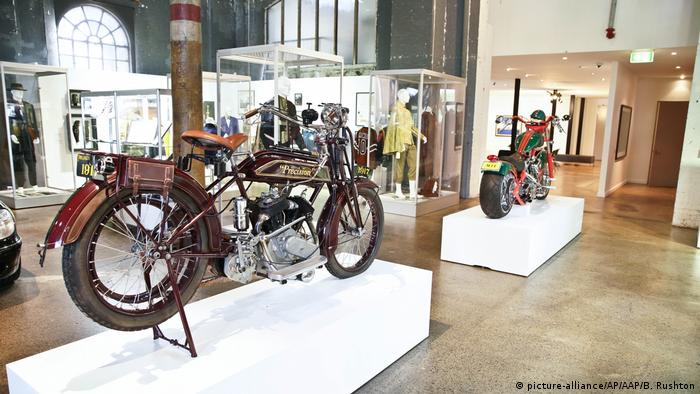 A 1917 500cc Precision motorcycle, owned by Russell Crowe, on display in the Carriageworks Arts Center

Crowe tweeted after the five-hour auction that he had earned 3.7 million Australian dollars, with potential sales worth AU$350,000 still under negotiation.

"A bunch of stuff I didn't really want to sell coming home ... not a bad hourly rate for a 5 hour shift," he tweeted.

Auction house Sotheby's conducted the bidding process, taking a 22 percent commission, which the buyers have to pay on top of the bid money.