Run like an Ethiopian - with genes perfected for low-oxygen environments | Science | In-depth reporting on science and technology | DW | 04.08.2015

Run like an Ethiopian - with genes perfected for low-oxygen environments

Hypoxia, a condition where your body gets too little oxygen, is a forerunner of more serious conditions like strokes and heart attacks. Scientists may have discovered how to stop it - and what it has to do with running. 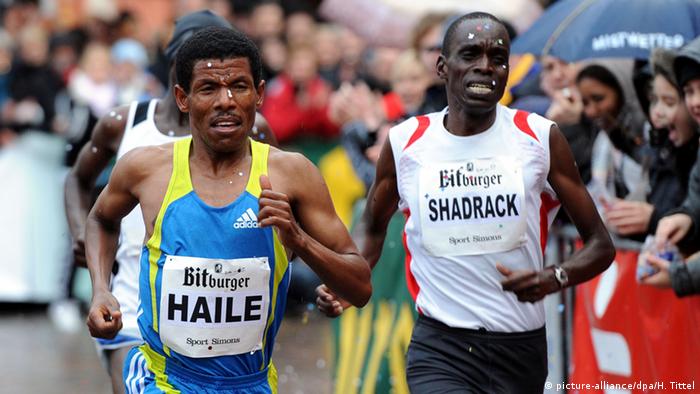 Researchers began by studying Ethiopian runners, a population that tends to dominate the world's marathons. These athletes come from a high-altitude country, and thus have bodies that are better able to adapt to lower levels of oxygen.

"This is the first demonstration that a gene involved in high altitude adaption is critical in protecting cardiac function in moderate to severe hypoxia at sea level," said lead author Gabriel Haddad, chair of the department of pediatrics at the University of California at San Diego.

All about oxygen regulation

This protein, scientists think, helps blood vessels dilate and helps cells multiply when the body is developing. In this study, researchers found a direct link between EDNRB expression and the way the heart operates.

"Lowering EDNRB does wonders for mice when environmental oxygen levels are low, leading us to conclude that the EDNRB gene plays a key role in human adaption to low oxygen and high altitude," Haddad said in a statement.

"The idea that reducing the expression of functional EDNRB to help cells and tissues endure extreme hypoxia is appealing and may lead to novel therapies for cardiac failure in the near future,” said Tsering Stobdan, PhD, assistant project scientist in Haddad's lab and first author of the study, in a statement.

The next step, UC San Deigo said, is testing therapeutic drugs that inhibit the EDNRB protein.