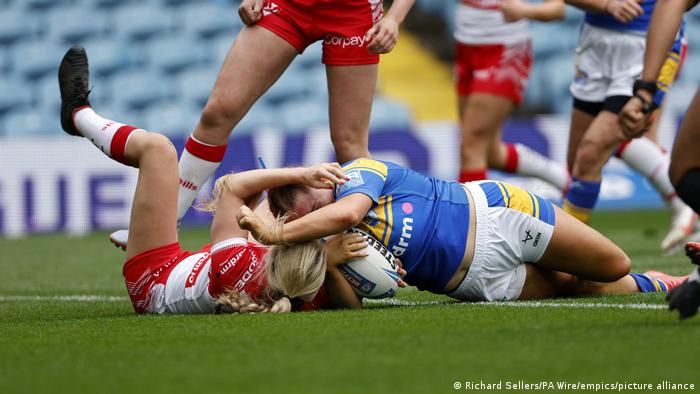 The International Rugby League said Tuesday that further consultation and research were required to finalize a new policy for 2023, and cited the "welfare, legal and reputational risk" to the game and players for the decision.

Until then, transgender women players "are unable to play in sanctioned women's international rugby league matches," said a statement from the game's global governing body.

"It is the IRL's responsibility to balance the individual's right to participate ... against perceived risk to other participants, and to ensure all are given a fair hearing."

The move comes hot on the heels of global swimming body FINA's decision over the weekend to bar trans athletes' participation at the elite level.

Meanwhile, cycling's governing body, the International Cycling Union (UCI), has also toughened its rules on transgender eligibility by doubling the time period before a rider transitioning from male to female can compete.

FINA's decision was slammed by transgender rights groups, while US soccer player Megan Rapinoe, a two-time World Cup winner and an Olympic gold medalist, said it was "disgusting."