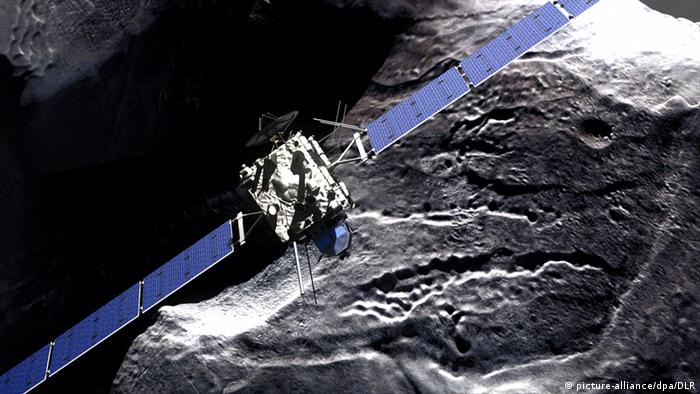 DW: Where were you, what were you doing, and how did you react when you found out that Philae had turned back on?

Paolo Ferri: I was just going to bed. It was 11:30 in the evening on Saturday and I received a text message from the spacecraft operations manager who works in my department, Sylvain Lodiot. The first sentence in the message was 'Take it with care, not confirmed yet, we got two minutes of telemetry of Philae.' And so instead of going to bed I started calling and texting around [to] my director, public relation, check back the control centre, what was the situation…

It took about two hours until we had a real good confirmation that this was good telemetry from Philae. So quite an exciting end of the day for Saturday. 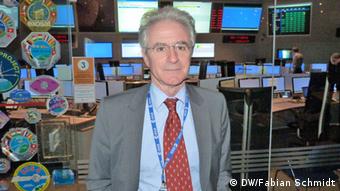 You're getting data. Tell us about the data!

So the contact was very short and we still don't really know why it was so short but it was less than two minutes and we got 343 telemetry packages. They contain engineering information about what's the status of the lander. And all this information was processed by our colleagues in Cologne, and they told us the status of the lander is excellent.

Much better than expected. The temperature is about -35 [degrees Celsius] which is way above what we need for a normal operation. It's still very cold up there. Even the power level is still very good. It's about 25 Watts when it is illuminated by the sun.

So the equipment's 'healthier' than you expected?

Definitely healthier than I would have expected, and even our lander colleagues in Cologne definitely must have been excited about this status, too. Because all the electronics seems to work well. The mass memory started to dump their recorded data. So the information we got was not only real-time information but also some recorded data from the past couple of days. So the lander must have been active a bit longer than these two minutes when it was in contact with us. Everything seems to work very well on the lander. So the contacts are still very, very unstable and we need more than that.

We only need further contacts now. Because with these two minutes you cannot do very much. Last night we had another short contact. It was, overall, 30 seconds - broken in three parts.

Philae was originally supposed to land on a plain on Comet Chury, where it would have gotten plenty so much sunlight that it might have ruined the sensitive equipment. So was it actually a stroke of good luck that it bounced around and fell into a valley?

Now in this shadow and dark corner where it ended up it's much colder there. So if we manage to get it back to operate properly - and this will hopefully be shown in the next few days - then it's great, because then we can operate in a period where the comet is much more active. It's closer to the sun and there's a lot of emission of material because it's warming up. So in fact, being able to operate scientifically in June and July, rather than in November, December, January, this is a great opportunity. We still have to see whether we come to that. We have done a big step forward now - to see that it's alive - but there's still a lot of work to be done.

The European Space Agency says the comet lander Philae has come back to life after hibernating for seven months. It is the first communication with the probe since it landed in November. (14.06.2015)

The Rosetta spacecraft swooped within a few kilometers of the 67P/Churyumov-Gerasimenko comet on Valentine's Day. The close encounter was to provide high-resolution images and perhaps a glimpse of a lost lander. (13.02.2015)

So it's sending back data about its health - good health, as it turns out - but we're not getting scientific data about soil probes or emission gases.

The lander and all its scientific instruments are off. It's in a mode where it's operating basic systems, which are: the thermal control, the power control and of course the transmission and the on board computer, that keep it alive are active now. We have good information about the health of these systems and it looks very, very promising but we don't know anything about the instruments.

Best-case scenario: When can we hope for those scientific instruments to come back online?

Let's assume that we stabilize the contact in the coming days, for example in this week. Our lander colleagues, they are the ones who have to establish a plan for the future, told us that they need one or two weeks to come up with a plan, once they have enough information about the status of the lander.

So I would say that within the end of the month but certainly beginning of July, in the best case, we would be in the position to do the operations of some of the instruments.

Dr. Paolo Ferri is ESA's Head of the Mission Operations Department at ESA’s European Space Operations Centre (ESOC) located in Darmstadt, Germany. He has managed the team involved in the Rosetta mission since its launch in 2004.