The roof of San Giuseppe dei Falegnami in central Rome has collapsed, sparking concerns about the ancient site. St. Peter is said to have spent his final hours before crucifixion in the dungeon below it. 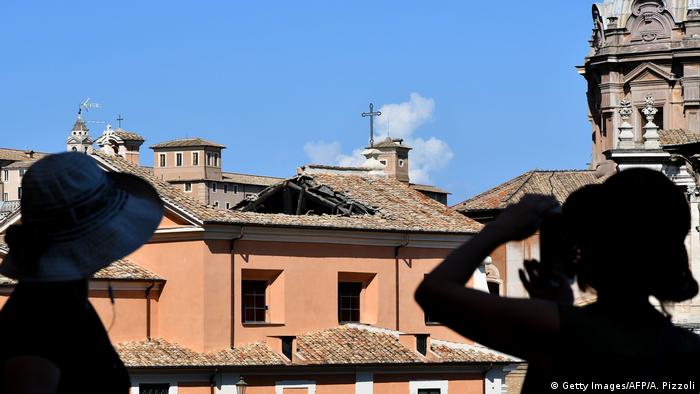 Italian firefighters said the roof of San Giuseppe dei Falegnami church in Rome caved in and damaged the chapel below it on Thursday. The church, which is a popular draw for tourists and a favorite location for wedding couples, was closed to visitors at the time of the collapse.

Social media users shared photos and videos showing the scope of the damage.

While authorities said there no one was reported injured, rescue teams deployed sniffer dogs to make sure no one was trapped under the rubble.

Chiesa di San Giuseppe dei Falegnami (The Church of St. Joseph of the Carpenter) was completed in the 17th century. It is located in Rome's historic center, the Forum.

The church stands above the much older Mamertine Prison, also known as by its Roman name, Carcer Tullianus. The dungeon, constructed over 2,600 years ago, held a string of historical figures, including St. Paul and possibly St. Peter before their executions in the 1st century AD. To this day, tourists visit the cells that allegedly housed the two Apostles.

The head of Colosseum Archeological Park, Alfonsina Russo, said the dungeon was not damaged in the roof collapse on Thursday, according to the German EPD news agency.