Protesters breached security lines at the Romanian parliament and damaged vehicles. The protests were supported by the far-right AUR party. 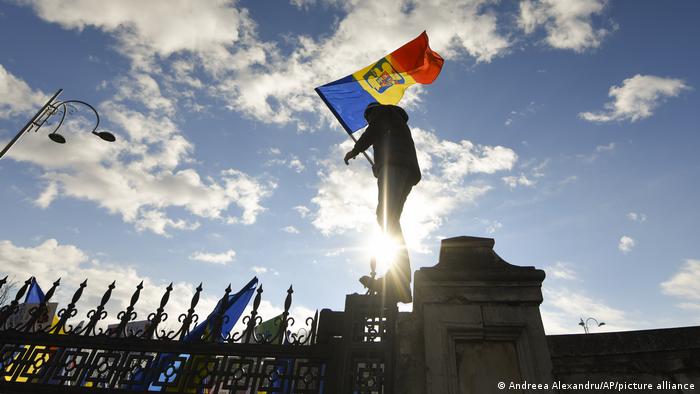 Up to 2,000 people demonstrated in front of the Romanian parliament

Up to 2,000 people demonstrated in front of the Romanian parliament in Bucharest on Tuesday, protesting against a proposed COVID-19 green pass for workplaces.

The protesters chanted "freedom" and waved Romanian flags and placards with messages like "stop mandatory vaccination" in front of a line of police. 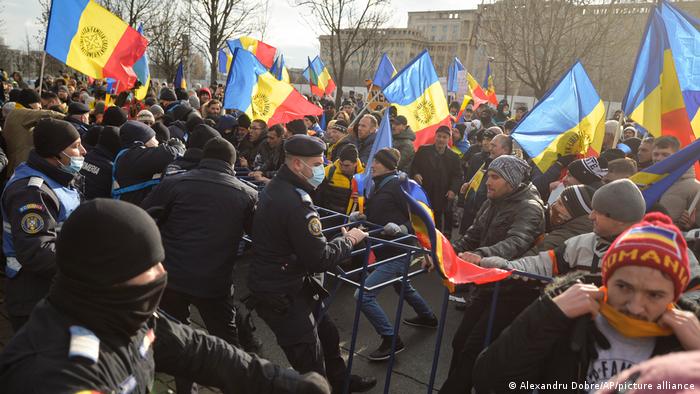 Around 200 protesters forced the gates and breached security lines

A number of vehicles were damaged during the protests.

Around 200 protesters forced the gates and breached security lines, but police prevented them from entering the parliament. Others scaled tall walls outside the building.

After two hours, the protesters fell back and no arrests were made, according to the country's interior ministry.

Romania faced a deadly surge of coronavirus infections in October and November of this year. During this wave of infections, intensive care units were overwhelmed with COVID-19 patients and hospital morgues ran out of space. 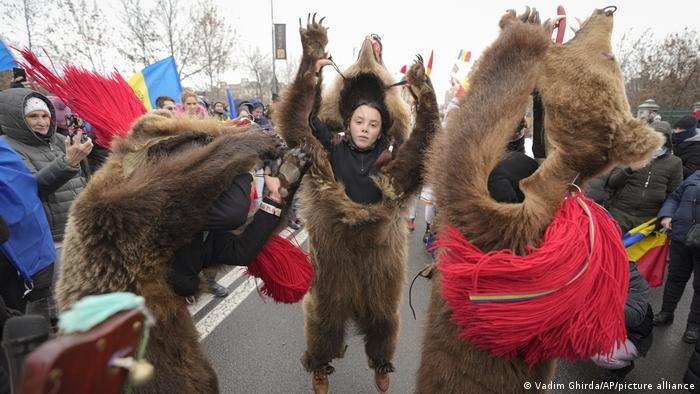 Romania has the second-lowest rate of vaccination in the European Union, surpassed only by neighboring Bulgaria. Just 39.6% of the Romanian population has received two doses of a coronavirus vaccine according to the European Center for Disease Prevention and Control.

The country's coalition government is discussing a mandatory health certificate to gain entry to workplaces in a bid to increase vaccination rates and avoid another wave of infections.

This "green certificate" would be awarded to people who are either fully vaccinated, who have recovered from COVID-19 or have a sufficiently recent negative test. 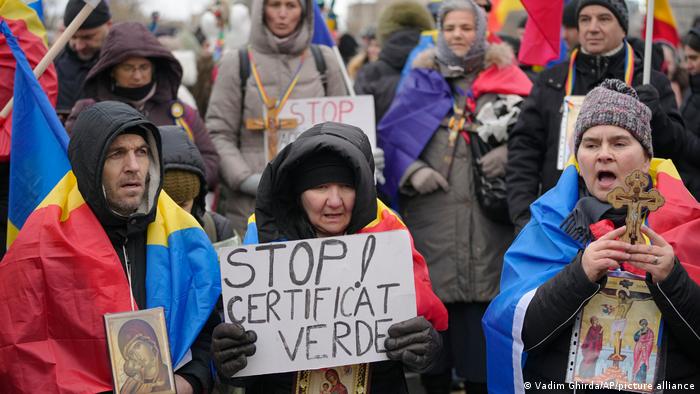 The certificates are opposed by the far-right AUR party

Who is against the green pass?

The introduction of these certificates is fiercely opposed by the far-right AUR ("Gold") party. The party won 9% of the vote in the Romanian general elections in December 2020.

Broadcasting from the protests, AUR co-chair George Simion urged people "to stand with us today to block the green certificate" and called the bill "unconstitutional".

"Side with AUR, side with the people who are right-headed, who want justice," Simion said.

Romania is currently governed by a coalition formed by the left-wing Social Democratic Party, the center-right National Liberal Party, and a party representing Hungarian minority interests.