President Klaus Iohannis has designated veteran leftist Sorin Grindeanu as the new Romanian head of government. Previously, Iohannis refused to endorse a female, Muslim candidate who was criticized for her inexperience. 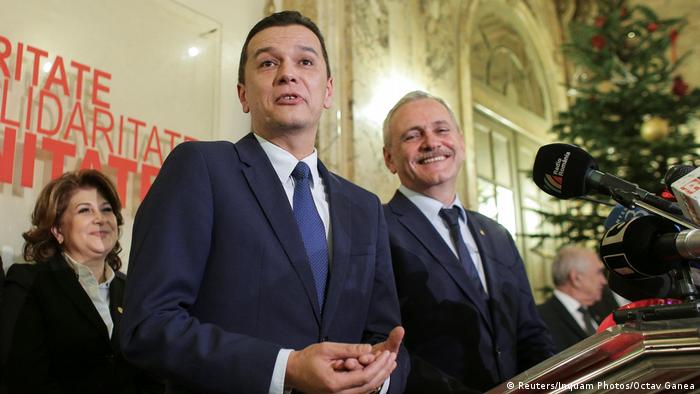 Grindeanu (center) is his party's second pick for the top job

The 43-year-old Sorin Grindeanu would have 10 days to unveil his cabinet and seek the parliament's vote of confidence after being named by Iohannis on Friday.

The process is expected to go smoothly for the former telecommunications minister after the triumph of his moderate left PSD party in the parliamentary election earlier this month. The PSD won 45 percent of the seats and now holds a firm majority with their junior partners, the ALDE.

Grindeanu is a mathematician who has served as deputy mayor of the western city of Timisoara. 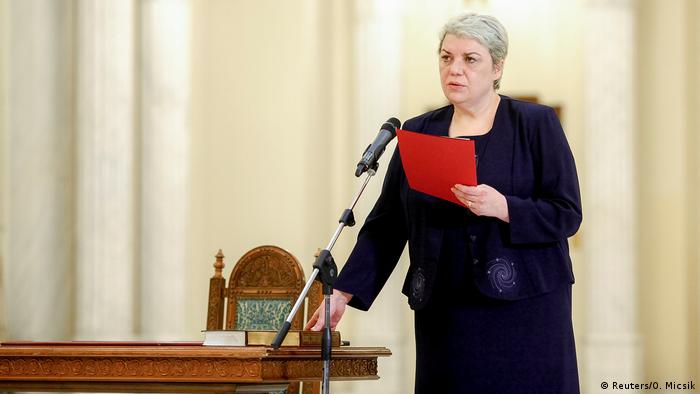 Earlier this week, Iohannis withheld his support for the PSD's first choice, Sevil Shhaideh, part of Romania's Turkish minority. Shhaideh would have been the first woman and the first Muslim to lead the government in the eastern European country, which is also a member of the European Union.

Iohannis, who is an ethnic German, did not provide reasons for his decision. However, Shhaideh has been criticized in public for her lack of experience and her closeness with PSD's chief Liviu Dragnea, who was a witness at her wedding in 2011.

Dragnea could not run for prime minister because a conviction bars him from office.

The 53-year-old Shhaideh had worked as minister for regional development for only around five months. Her Syrian-born husband also drew media attention by allegedly supporting Syrian President Bashar al-Assad on his Facebook page. Shhaideh's husband worked in the Syrian Agriculture Ministry for 20 years before emigrating to Romania in 2011 and marrying the former minister.