A year after leaving office in disgrace, the Social Democrats have scored a victory in parliamentary elections. With no clear candidate for prime minister, however, political uncertainty may continue in Bucharest. 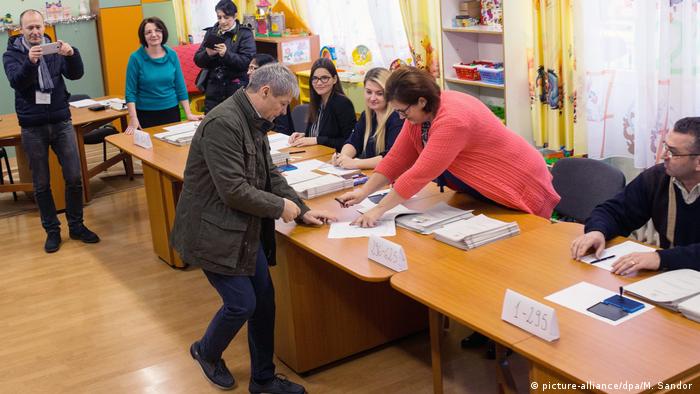 One year after exiting the political scene amidst scandal and unrest, Romania's center-left Social Democratic Party (PSD) staged a major comeback on Sunday. Official partial results on Monday, with more than 60 percent of polling stations included, gave the PSD a clear lead over its rivals with around 45 percent of the vote in the country's general election.

PSD leader Liviu Dragnea said that his party and the small center-right ALDE will be in talks to form a coalition. With 5.5 percent of the vote, an alliance with ALDE would be enough to create a majority. 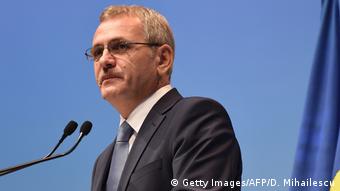 Leftist leader Dragnea said he was "overwhelmed" by the result

The Social Democrats' major rival, the right-leaning PNL, garnered about 20 percent of the vote, according to the results from the Central Electoral Bureau.

The result was somewhat surprising given that PSD Prime Minister Victor Ponta was forced to resign in disgrace just 13 months prior. Ponta was forced out the door after a nightclub fire proved to be the last straw for Romanians tired of years of corruption allegations.

The blaze at the Colectiv club in the capital Bucharest killed 64 people and was blamed on officials ignoring health and safety codes. The incident was followed by weeks of protests across the country, with tens of thousands calling for Ponta to step down. 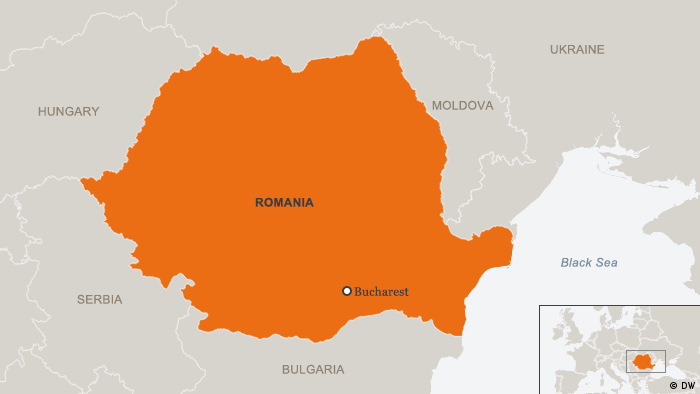 Although Sunday's results appeared clear, who will take power in the EU's second-poorest nation was much less so. While traditional wisdom would be Dragnea in the top job, Iohannis has vowed not to appoint anyone facing legal troubles. The PSD leader is currently serving a suspended sentence for electoral fraud.

The PNL has said it will support Ciolos staying on. The prime minister has said he will only do so if he can remain independent, so as to continue his policy of strict budgetary discipline.

Dragnea hinted at fears of uncertainty in Sunday night statement by saying "Romania is an island of stability in the region. All political factors must understand and respect today's vote."

A power vacuum is not the only concern in Bucharest, however. The fall of Ponta's government prompted a flurry of activity by the National Anti-Corruption Directorate, and anti-graft officials are worried their campaign to clean out the Romanian left will see them targeted by a new PSD mandate. On top of this is a stagnating economy and one in four Romanians continue to live in poverty. During this parliamentary campaign, both sides tried to sway poor rural voters by making unrealistic promises about cutting taxes and raising wages.

A US missile defense system in Romania has become operational amid increased tensions between Russia and the West. The White House defended the decision by saying the station would protect NATO members. (12.05.2016)