European officials say they have received a pledge that Romania's government will comply with all EU requirements. The bloc is alarmed over the impeachment of the country's president and limitations on the judiciary. 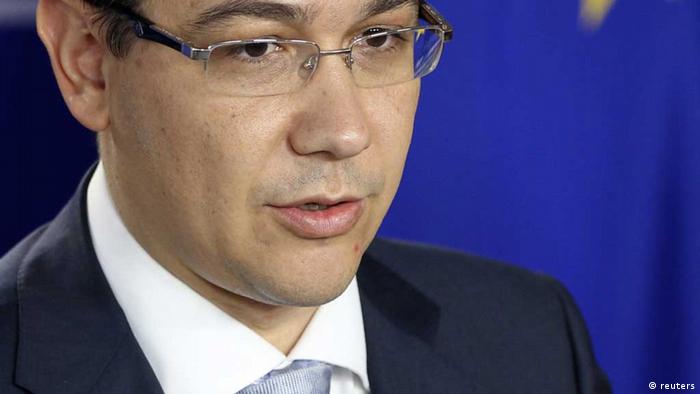 A brewing dispute between the European Union and Romania may be about to be defused after the European Commission says it has received assurances that Romania's government would implement a number of changes in light of recent political developments in the country.

European Commission President Jose Manuel Barroso said in a statement that Romanian Prime Minister Victor Ponta had agreed during a meeting in Brussels on Thursday to provide those assurances "urgently" in writing.

The prime minister told Romanian reporters that his government would "ensure that all the political fights last week will in no way affect the rule of law, the constitutional order and the stability of our institutions in line with European standards."

Ponta's meeting with Barroso followed a meeting with European Council President Herman van Rompuy a couple of hours earlier. After that meeting, van Rompuy issued a statement in which he expressed his "deep concerns about the current political developments…. With regard to the rule of law and independence of the judiciary, which are fundamental principles on which the (EU) is based and which are natural for all governments to respect."

Prime Minister Ponta and his government have been facing growing criticism since the Romanian parliament voted last week to impeach President Traian Basescu. The assembly, in which the government has a clear majority, accuses the president of overstepping his power by trying to meddle in the prime minister's office and influence judicial matters. 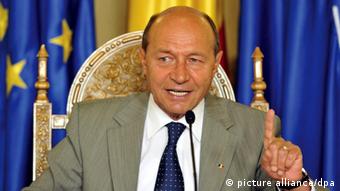 The decision on whether to remove the president from office is to be put to the Romanian people in a referendum on July 29.

The EU has also expressed concerns about the prime minister's use of emergency decrees to make it easier to impeach the president, including one that limits the powers of the country's constitutional court.

"President Barroso made clear that the Romanian Government must respect the full independence of the judiciary, restore the powers of the Constitutional Court and ensure that its decisions are observed," the commission's statement said.

The chancellor's spokesman said in a statement that her office had used the meeting with the ambassador to express Germany's "continued serious concerns over domestic political developments in Romania."

The statement added that in the German government's view, "the measures taken in the past few days by the Ponta government to curtail the powers of the Constitutional Court and shift responsibility for publishing court decisions seriously endanger the principle of the separation of powers."