Romania's government has survived a no-confidence motion sparked by last week’s controversial corruption decree. Protesters, however, have continued to call for the government’s resignation. 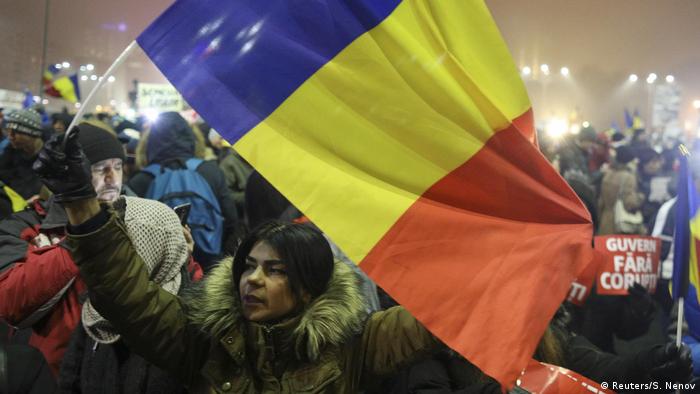 Romania's center-left government has survived a no-confidence vote on Wednesday, a week after it bypassed parliament and enacted an emergency ordinance in an attempt to legalize some forms of official corruption - a decree that was scrapped after days of massive protests in the streets of Romania.

The PSD and its allies abstained from participating during the no-confidence motion, which was filed by 123 opposition MPs. The vote needed 233 supporters to pass.

The no-confidence vote came after hundreds of thousands of Romanian citizens took to the streets in protest, the largest seen in the country since the fall of communism in 1989, demonstrating against the corruption decree. The order was officially rescinded on Sunday, however many protesters have claimed they will continue to march until the government resigns.

Anonymous PSD sources told Reuters Justice Minister Florin Iordache, who had a role in writing the decree, is expected to resign on Wednesday.

Grindeanu continued to call for "calm and stability” leading up to the no-confidence motion and remained adamant he will not step down despite ongoing public criticism.

He told lawmakers his government will not pursue any similar laws relating to corruption which "could awake powerful emotions in a society without a proper and wide debate."

"I do hope that, as of today, we get back to work", he said. "We have a duty to the people who gave us their trust during the election and to continue to govern." 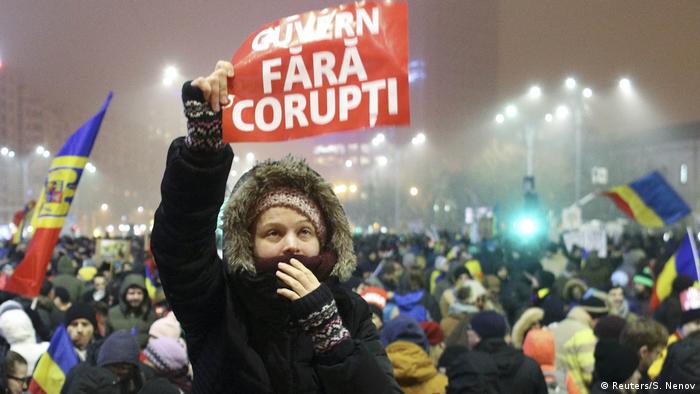 The number of protesters have fallen sharply, but are expected to increase into the weekend.

A protester told the AFP news agency on Tuesday that many citizens have lost faith in the PSD.

"Every action the government took in the last weeks proves they are not honest at all," he said, "We cannot trust them.”

Crowd numbers topped approximately half a million on Sunday and are expected to increase again over the weekend.

President Klaus Iohannis on Tuesday said the country is in the midst of a "fully fledged" political crisis and criticized the government for issuing the decree "at night, in secret” without properly conferring with parliament.

He said the December election had granted democratic governing rights to the PSD, but he also warned against abuse of power.

"If the PSD, which has created this crisis, fails to resolve the crisis immediately, I will summon all the political parties for talks," Iohannis told lawmakers in Bucharest, "You've won, now govern and legislate - but not at any price."

The ongoing unrest has also prompted a word of caution from Romania's Western allies. The European Commission in Brussels advised the Romanian government against "backtracking" over its formerly commended anti-corruption efforts.

Meanwhile, in Washington, government officials said they were "deeply concerned" over "accountability" for corruption offenses.