Romanian President Klaus Iohannis has said the Social Democrat government caused the current crisis. But he will not seek to oust the cabinet or hold a snap election. 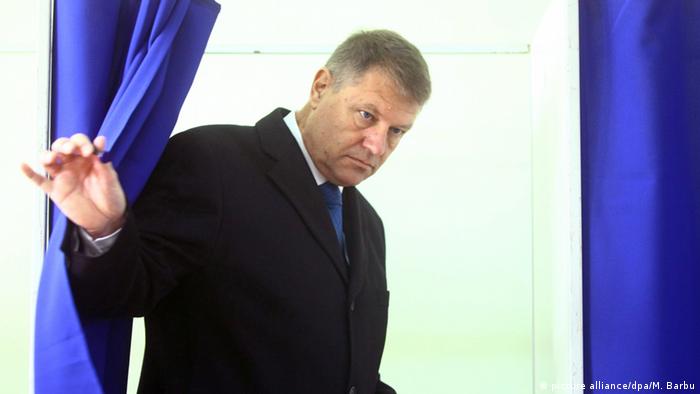 "The resignation of a single minister is too little and early elections would be at this stage too much: This is the space for maneuver available," Iohannis told parliament on Tuesday. 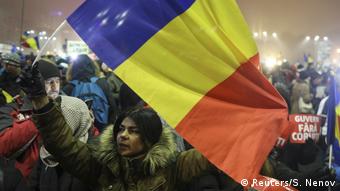 A woman waves a Romanian flag during a protest against the government in Bucharest, February 6

The leader of Romania's ruling Social Democrats (PSD) coalition said on Monday that the government would not step down despite ongoing protests against a controversial decree that would have shielded politicians from prosecution on certain corruption charges.

One possible beneficiary would have been Social Democratic Party leader Liviu Dragnea, whose path to becoming prime minister has been effectively blocked by corruption charges.

Justice Minister Florin Iordache told reporters that he would publish the details of a new, alternative bill to change corruption provisions in the criminal code, although his own ministry later contradicted him, saying the Justice Ministry was not planning to draft such a bill. Prime Minister Grindeanu meanwhile also threatened to fire the justice minister.

The rallies have continued especially in the capital Bucharest, where some 250,000 protesters congregated one week after the start of the protests and chanted: "We don't believe you; we won't give up."

Opinion: What's next for Romania?

The Romanian government has repealed its controversial corruption ordinance. Hundreds of thousands of people have been protesting peacefully for days. DW's Robert Schwarz believes they want more than just the repeal. (05.02.2017)