Romanian officials have been told they'll be excluded from this year's song contest over outstanding debts to the organizer. The European Broadcasting Union (EBU) is owed 16 million Swiss francs (14.5 million euros). 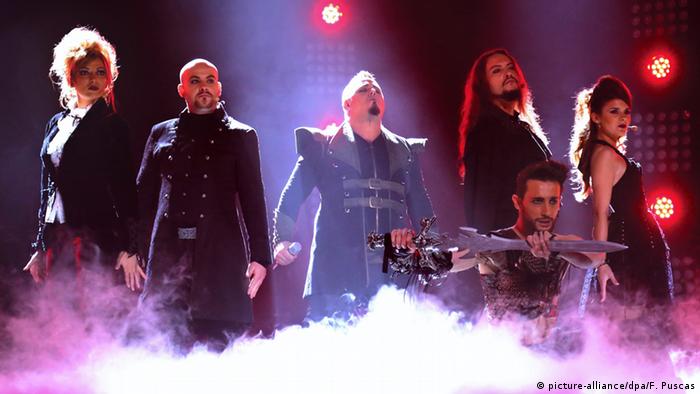 The Geneva-based EBU withdrew membership services to Romania's public broadcaster Televizunea Romana (TVR) on Friday, which includes participation in the acclaimed European music event, due to take place on May 14.

That means this year's Romanian entry, Ovidiu Anton - who was set to perform the English-language song "Moment of Silence" in Stockholm, Sweden - has been forced out of the lineup.

Anton had won a place in the May 14 second semi-final event but can now no longer perform with the other 18 acts, vying for a place in the grand final.

TVR will also not be given a live feed of this year's event for broadcast to Romania's 20 million population.

"It is regrettable that we are forced to take this action. We are disappointed that our attempts to resolve this matter have received no response from the Romanian government," said EBU Director General Ingrid Delentre.

Delentre warned that the nonpayment of at least five years annual fees to the organizer "jeopardizes the financial stability of the EBU itself."

Martin Österdahl, Executive Producer of the 2016 Eurovision Song Contest on behalf of Swedish broadcaster SVT said: "We think it’s unfortunate. We have been looking forward to welcoming the Romanian delegation to Stockholm. Now we are adjusting the rehearsal schedule and the starting order for the second Semi-Final and continue our work with the production of the 42 participating countries."

EBU officials also warned that TVR faced exclusion from other shared global events, including coverage of the Euro 2016 football tournament in June and the Rio Olympics in August.

Friday's decision came despite a vow by Romanian Prime Minister Dacian Ciolos earlier this week to broker a solution, in order to avoid being locked out of a competition watched by a global audience of 197 million last year.

The EBU said they'd been informed by the Romanian Ministry of Finance that TVR may be declared bankrupt, which would probably lead to a major restructuring of the broadcaster.

Earlier this week, TVR said in a statement that it made a repayment of 250,000 euros in January.

The station had then told the EBU that it didn't have the means to pay any more back and asked for "understanding and tolerance" in the light of its "disastrous" financial state after reporting 2015 losses of 5.4 million euros.

The EBU says the Romanian state is legally obliged to underwrite TVR's debt, which goes back as far as January 2007.

Coronavirus digest: Ireland goes back into lockdown 5h ago