Rochus Misch, the last surviving witness to the final days of German Nazi dictator Adolf Hitler, has died. He was a controversial figure. 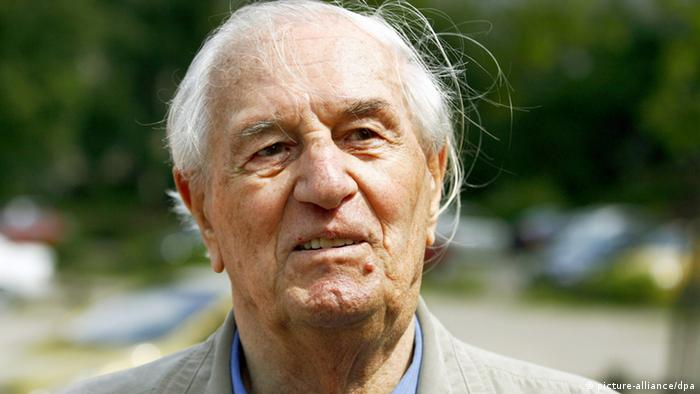 Rochus Misch became one of two personal bodyguards and general assistants to Adolf Hitler in 1940. His tasks included everything from answering the telephones to greeting dignitaries. He accompanied the German dictator nearly everywhere he went.

Misch affectionately referred to Hitler as "the boss," and he never distanced himself from his role.

Born July 29, 1917, in a small Silesian town in what today is Poland, Misch was orphaned at an early age. He insisted that while he was opposed to Communism, he had never really been interested in politics and never became a member of the NSDAP Nazi party. He later said that a secure job was the main thing he was after when he joined the notorious SS special military unit.

After Hitler and his wife, Eva Braun, and other Nazi leaders had killed themselves inside a bunker in Berlin, as Allied troops invaded the German capital at the end of World War Two, Misch remained in the bunker for days after the dictator's death.

Rochus Misch still remembers the sight as if it were yesterday: 60 years ago on Saturday he looked through a doorway and saw Adolf Hitler had committed suicide. (30.04.2005)

He was captured by Soviet troops as soon as he emerged from the bunker and held in captivity in Russia for nine years. After his release he returned to Berlin and gave countless interviews in which he reiterated his view of the German dictator.

His critics found it hard to believe Misch's claim that he never learned about the Holocaust and that Hitler had never brought up the “Final Solution” that led to the murder of six million Jews in his presence.

In his autobiography, "The Last Witness", Misch wrote that he had never asked questions during what he considered just his "regular day at work."

The 96-year-old Misch died Thursday, having suffered a stroke.