Robbing the Cradle of Civilization | Europe | News and current affairs from around the continent | DW | 18.04.2003

Robbing the Cradle of Civilization

Indignation over the destruction and plundering of Iraqi cultural artifacts has turned into accusations that the United States shirked its responsibilities. But the damage can no longer be undone. 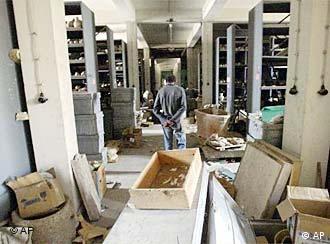 There were more than 20 vases in Iraq.

Shock at the images of the looted National Museum in Baghdad, the Islamic Library and other Iraqi cultural institutions has given way to disgust at the United States’ failure to protect the collection’s invaluable artifacts. The museum’s collection was devastated.

Many are saying the United States failed to meet its obligations. The victorious armies are bound by the 1954 Hague Convention for the Protection of Cultural Property in the Event of Armed Conflict to ensure that no harm comes to priceless artifacts like a collection of 40,000 limestone tablets covered in cuneiform script by the Sumerian and Babylonian cultures in around 3000 B.C. 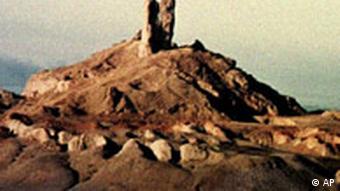 The ziggurat of Borsippa, just south of Babylon, Iraq.

The U.S. troops are guilty of crimes against humanity for not protecting the Mesopotamian treasures, many of which stem from the cradle of civilization, German art historian Michael Petzet told DW-WORLD. “A minimal effort would have been enough to prevent the events.”

“It didn't have to happen,” Martin Sullivan -- who headed the President's Advisory Committee on Cultural Property for eight years -- told Reuters news agency. "In a pre-emptive war, that's the kind of thing you should have planned for," he said.

Experts like McGuire Gibson, a professor at the Oriental Institute at the University of Chicago, say that they warned White House, State Department and Pentagon officials before the war began that military action in Iraq could result in looting and that the country's cultural sites and holy shrines must be protected.

Picking up the pieces

Archeologists, curators and art historians meeting under the aegis of the United Nations culture agency UNESCO in Paris on Thursday set to work to pick up the shards.

They are aiming to come up with a catalogue of the hundreds of thousands objects that were looted or destroyed. One catalogue in the National Museum was destroyed by looters, likely in an effort to cover tracks for the time when the pieces reach antiquities markets.

Experts believe that the plundering may have been commissioned, possibly by professionals, possibly from abroad. One indication was the fact that instead of breaking down the doors to the National Museum, someone seems to have had a key to let the looters in.

UNESCO has now called for a ban on the sale of the looted goods. It may have little effect though. Press reports say looted Iraqi artifacts have already been seen at markets in Teheran and Paris.

Looting Goes on in Iraqi Cities

Coalition forces and locals tried to quell the looting of Iraqi cities that continued unabated on Saturday. Kurdish guerrillas started retreating from the northern Iraqi city of Kirkuk, while U.S. forces moved in. (April 13, 2003)