Two of the most violent street gangs in Honduras have declared a church-brokered truce, similar to one struck in neighboring El Salvador last year. The truce has offered peace in the world's most murderous country. 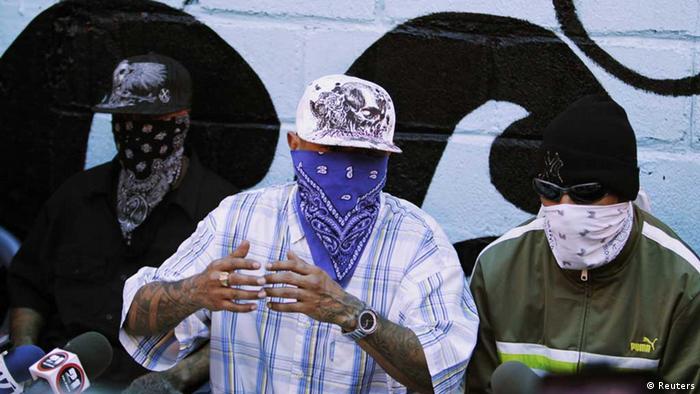 A spokesman for the Mara Salvatrucha gang, identified only as Marco, said Wednesday that the group will commit to zero violence and zero crime in the streets as a first-step show of good faith.

As part of the truce, Marco said the gangs will stop recruiting but they won't immediately stop extorting small businesses or everyday citizens, as it is a major source of income.

"Let's go step by step," Marco said. "First zero crime and zero violence, stop the violence. And to stop the violence that's hurting human beings, we will talk about ways to find alternatives."

"We ask the government to help us so our young people learn a trade and don't turn out like us," Marco said. "I want my son to be a doctor or a cameraman, not a gangster."

Meanwhile, an unnamed leader of the rival “Calle 18” or 18th Street gang gave a separate news conference from another prison cell, offering the same truce as the Mara Salvatrucha.

"We're willing to work to lower the violence, but we need everyone to be on board, because we're not willing to be the only ones," the masked member said.

A model of peace

The truce, which was modeled after one between the same two gangs in neighboring El Salvador last year, was mediated by Roman Catholic Bishop Romulo Emiliani of San Pedro Sula over the last eight months.

According to officials, homicides in El Salvador have dropped about 52 percent in the 14 months of the truce.

Honduran President Porfirio Lobo said Monday that he supported the efforts by the church leader, but warned the government would ensure the law is enforced. "The state will keep strengthening its criminal investigations in order to impose order," he said.

Honduras is said to have the highest homicide rate in the world with anywhere from 85 to 91 killings per 100,000 people.

The 18th Street and Mara Salvatrucha are the country's biggest gangs, which were formed by Central American immigrants in US prisons. They later overran Honduras after their members were deported back home.