While some golfers have snubbed the Olympic Games in Rio de Janeiro, Germany's Martin Kaymer has welcomed a rare opportunity to win a gold medal for Germany in the sport. 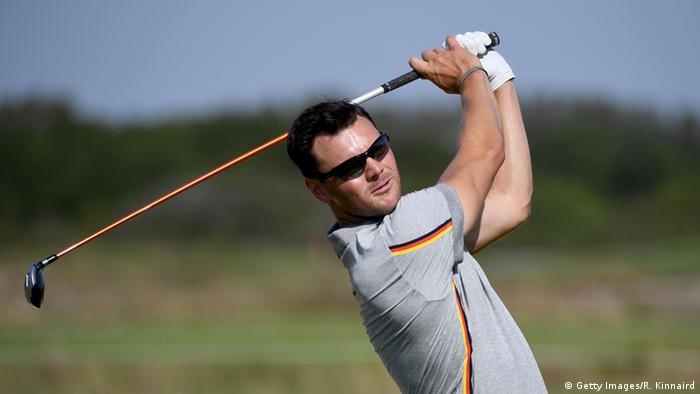 The debate may rage over golf's return to the Olympics after 112 years on Thursday, but Germany's Martin Kaymer is grateful his sport has returned to the Games even if others are sceptical.

"This is why we all started our sport, when we were 12, 15 years old," Kaymer said Wednesday at his final practice round in Rio de Janeiro. "We went on the range, we didn't do it for money, we went because it was our love, what we wanted to do.

"At one stage when you play your sport where you make a lot of money, I think there is a good chance that you lose a little bit of that passion.

"I think that's very sad, but it was a massive realization for me this week."

Golf's return to the Games was plagued first by difficulties in constructing the course, then mixed interest from the players and finally a clutch of pull-outs relating to health concerns.

The top four in the world - Jason Day, Dustin Johnson, Jordan Spieth and Rory McIlroy - all passed up the opportunity to compete in Rio, and Kaymer thinks it is disrespectful to the players competing in Rio to continually discuss the absentees.

Best week of my life

"I hate that people just talk about who is not here," he said. "They pretend it's a weak field. You have so many major champions, great players, who are in good form right now, and it's not easy to win. 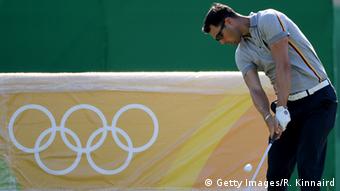 Kaymer practices ahead of golf's first Olympic appearance for 112 years. But not everyone supports its return.

"I think it's a little bit disrespectful to some of the players who are here that they talk more about the guys who stayed home."

Kaymer himself is one the major champions in the field with a PGA Championship and US Open to his name and he partners two-time Masters winner Bubba Johnson, the number one seed, when he tees off at 9:14 am local time (14.14 CET). India's Anirban Lahiri completes the trio.

Critics have argued that the prestige of winning the Olympics does not match that of the four majors, and that is the reason that it was a mistake to reinstate golf as an Olympic sport.

"I said yesterday to the German coach, no matter what happened this week, it was the greatest week of my life, it really was," he insisted.

"The passion you see from the athletes - there's one gymnast, a German guy (Andreas Toba), he did something (tore his cruciate ligament) to his leg, and he still went on to the horse, and he still competed for the team.

"And he was in so much pain. You know, compared to them, we're so weak in terms of our attitudes sometimes. They put all of their heart in there. And then some people, some players, even from other sports, they don't come here, and you think, how can you not want to come here?"

Germany now sit second in Group F, below Canada but still above Australia and Zimbabwe. Saskia Bartusiak's side can qualify for the next round of the tournament with a draw or win against Canada on Tuesday. (06.08.2016)