German sporting goods producer Puma has reported a strong rise in bottom-line profit for the third quarter. It attributed the good result to a number of successful sponsorships of athletes - and its Rihanna connection. 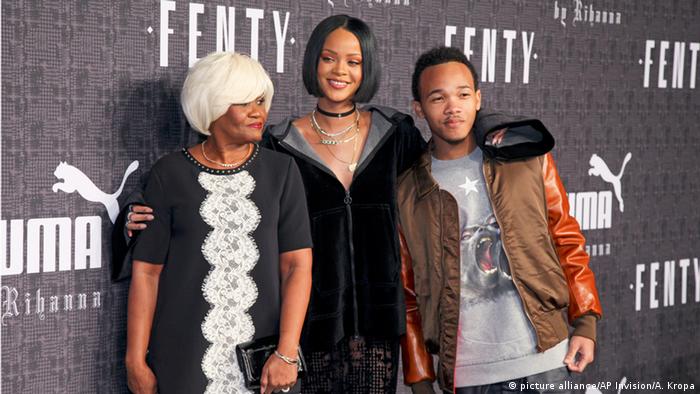 Herzogenaurach, Germany-based sports fashion company Puma announced Thursday it almost doubled its net profit in the third quarter thanks to strong growth in sales driven by sponsorships of top Olympic athletes in Rio.

Sponsorships included one with Jamaican sprinter Usain Bolt, who won three gold medals at the Olympics.

The sporting goods maker reported bottom-line earnings of 39.5 million euros ($43 million) for the July to September period, marking a staggering 98-percent increase over the same three months a year earlier.

Sales at the group surged in all of its business regions, with a double-digit increase in the Americas as well as in Europe, the Middle East and Africa.

Shoes were the best-performing product line, although growing sales of clothing and accessories also fed into total revenues of 990 million euros.

Two to three years ago, many of Puma's products were simply non-sellers, making the firm lose market share to rivals Nike and Adidas.

But thanks to Rihanna, consumers' appetite for Puma items had gone up considerably, the group said.