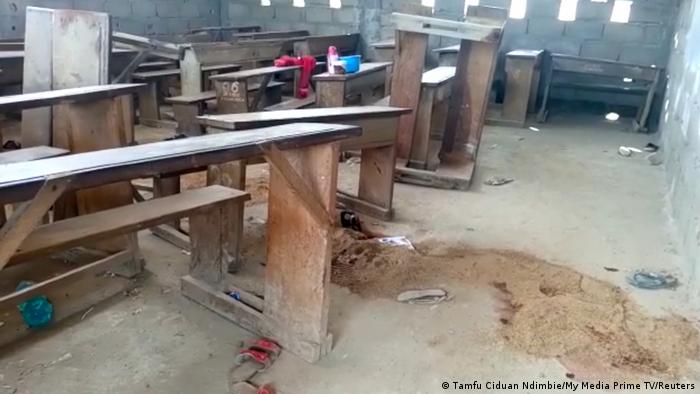 More than 35 human rights organizations have signed an open letter calling for a cease-fire in Cameroon after a massacre at a school on Saturday. At least seven pupils were killed and more than a dozen wounded when gunmen stormed the school in Kumba in the southwest of the country.

Signatories to the letter include organizations from Canada, the United Kingdom and the United States, as well as Africa-based rights groups.

The letter, published by Global Campaign for Peace and Justice in Cameroon, stresses that Cameroon's Anglophone conflict needs a political, rather than a military, solution.

'"We must sit around a table and discuss the grievances of the Anglophone minority that are genuine and legitimate. Unless we sit down and have this conversation, this crisis will endure." 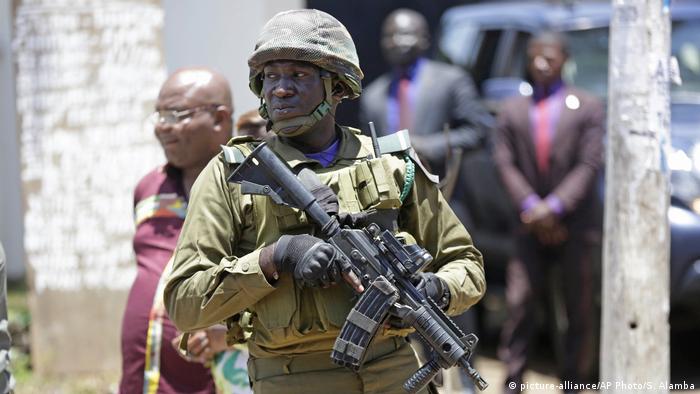 Fomunyoh, who is from Cameroon, believes that the open letter can make a difference, given the global attention now focused on the country following the killing of the schoolchildren.

"The world is seized with the current crisis in Cameroon and I hope that this global appeal for peace and justice in Cameroon, and for the cessation of atrocities and hostilities, will resonate internationally as well as within the country," he told DW.

Two English-speaking regions of Cameroon, the Southwest and Northwest provinces, have become the center of a fight for secession from the French-speaking majority areas. The conflict has claimed more than 3,000 lives and forced over 700,000 people to flee their homes since it flared in 2017.

The letter, published on Tuesday, calls on the United Nations to obtain a cease-fire.

It also asks diplomats and their countries to use all means possible, including sanctions, to encourage both Anglophone separatists and government forces to put down their weapons.

In the letter, the government of President Paul Biya is accused of urging children to return to school, but doing little to protect their safety. 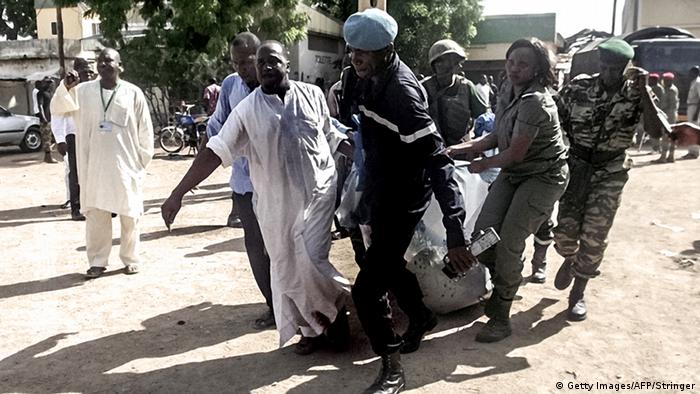 Cameroon is also battling Boko Haram jihadists on its territory

Cameroon's government has blamed secessionists for carrying out the attack on the Mother Francisca International Bilingual Academy in Kumba.

Separatists have often targeted schoolchildren for attending classes in spite of a school boycott promoted by the insurgents.

But rights groups have documented abuses against civilians carried out by both Anglophone fighters and government forces.

Fomunyoh calls for caution when it comes to assigning blame for the latest atrocity. "As long as the investigations have not been completed, it is really difficult to pinpoint how these latest atrocities in Kumba came about," he said.

After the killing of the schoolchildren, United Nations' secretary-general Antonio Guterres asked Cameroonian authorities to conduct a thorough investigation and hold those responsible accountable.

He also extended his deepest condolences to the bereaved families

While appreciative of the UN secretary-general's reaction, Fomunyoh stressed that there has been only one informal hearing at this year's UN Security Council on the Cameroon crisis so far.

"That is not sufficient, because since then, hundreds of people have died and thousands have been displaced."

Concrete action by the Security Council is "long overdue," he said.

Jane Nyingi contributed to this article.