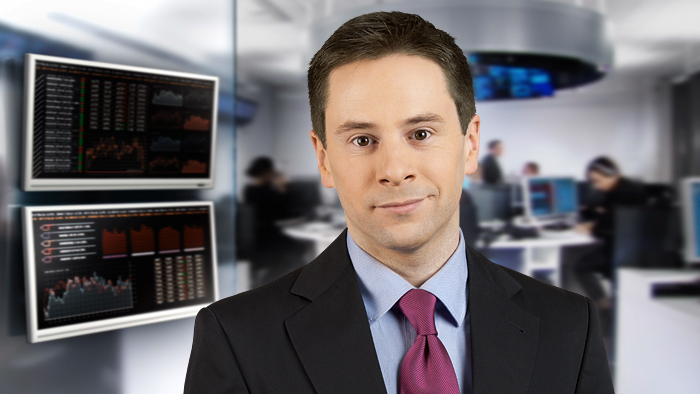 What drew you to business news?

Right now, virtually all news is in some way business or economic news. Since the financial crisis broke in 2007-8, the lines between those categories have become more and more blurred. The effects of the crisis have fed into so many transformational events, from the near-collapse of the eurozone to the Arab Spring and political change just about everywhere. The world is going through a fundamental reassessment of its dominant economic model. And we have no idea where it will lead. That’s a fascinating area to be working in.


Describe a business story that blew you away.

This will sound predictable but it has to be the big moments of the financial crisis. Like the day Lehman Brothers filed for bankruptcy. Or the day the US House of Representatives voted down the first attempt at a rescue package for the rest of the country’s banks. After the vote, the Dow Industrials fell by 777 points - the biggest points loss in its history. Capitalism was disintegrating before our eyes - and political leaders could not agree on what to do about it. I was behind the camera then working as a producer. But it was still an extraordinary ride. Oh and by the way, I did an internship at Lehman Brothers in Hong Kong many moons ago. But that’s another story!

I want to be greedy and suggest three people. As you will see, some are more realistic options than others.

Ferdinand Piëch - Chairman of the Supervisory Board, Volkswagen Group. He rescued VW and turned it into an empire in the space of 20 years. Now he’s in his mid-seventies. What’s he most proud of and what does he regret? And where does he see the car industry in another 20 years?
Xi Jinping - General Secretary of the Communist Party, China. Can he guide China’s economy through the next stage in its development at the same time as managing the country’s military and political rise? Can he keep up with his people’s economic and political aspirations and avoid resorting to nationalism?
Jens Weidmann - President of the Deutsche Bundesbank. How far is he prepared to go to defend the orthodox traditions of the Bundesbank, which it sees as threatened by the ECB’s crisis measures? And does he have a deal with his former boss Angela Merkel on how critical he can be in public?


What is your favorite number - and why?

I’d rather talk about an interesting number. And I’ve come across one recently: 2060. In that year, the economies of China and India are forecast to exceed the entire combined output of the 34 members of the OECD - i.e. all of today’s “developed” economies put together. In less than half a century from now, the economic power centre of the world will have completed its shift from west to east. Managing that transition without conflict will be an enormous challenge.


What is your most memorable TV assignment?

On 17 February 2012 I got a phone call early in the morning from one of our seasoned producers. “Get out of bed!” he said, not taking long to detect that’s where I was. “And get to Bellevue Palace!” The German president, Christian Wulff, had just announced that he would be addressing the nation, and it was pretty clear that could only mean one thing: after a long-running scandal, he was now about to resign. We needed someone standing outside his residence to give an immediate reaction. I got there within about 20 minutes, which isn’t bad from a Kreuzberg bed to Bellevue Palace.
It was strangely calm when I got there. The occasional passer-by came along, walking a dog or doing whatever else you do outside a presidential palace on a Friday morning. So I took position in front of the camera, listened to the live audio feed of his statement on my phone, thought “don’t screw up!” and went on air. That’s it really. Wulff did resign, I said my piece, if I screwed up at least no-one mentioned it, and soon enough Germany had a new president. But for me it was something to remember: my first live assignment outside the studio.


If you opened your own business what would it be?

I have huge admiration for people who run their own businesses. Quite a few of my friends do - and I marvel at their drive and their stamina. It makes me wonder if I could do the same - or if I’d fall at the first hurdle. I don’t think I have it in me. But in my dreams I would set up an automotive company creating a truly clean, green car. I love cars but even today they are incredibly polluting. The world urgently needs a solution - and that is a huge business opportunity. Hybrids, full-electric and fuel-cell technologies all have big drawbacks. My company would develop a solution everyone could afford. As I said: in my dreams!