Revolutionaries boycott election in Egypt | World | Breaking news and perspectives from around the globe | DW | 25.05.2012

Revolutionary Engy boycotted the presidential election in Egypt because she believed it was not democratic. Many other Egyptians, however, were happy to vote for their head of state for the first time. 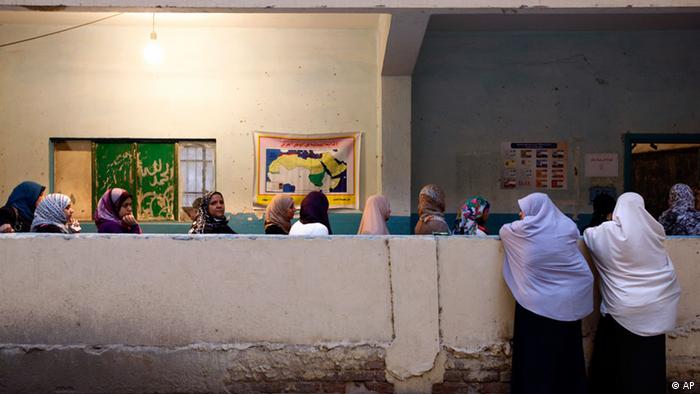 Many Egyptians were looking forward to May 23 and 24, when they could make their marks on the ballot and dip their fingers in the phosphoric ink - a sign that they had cast their vote in the presidential election, but Engy was not one of them.

The petite young woman, who wears a headscarf, was a revolutionary from the very beginning - attending demonstrations at Tahrir Square when they kicked off last year. The Egyptian flag hangs on the wall over her bed: red, white and black, with the golden eagle Saladin in the middle. Her demands - as stickers on the walls of her room - read loud and clear: "No to military courts!," "Step down, Military Council!" Engy has never voted for her own head of state and has not done so in this election either. "I boycotted the election," she said.

By voting, the 33-year-old believes she would have been saying that the presidential elections are lawful and demonstrating her faith in the military council. "Do you really believe that the leader of the military council, Field Marshal Mohamed Hussein Tantawi, is sitting down in front of the television and waiting to hear who will be the next president?," she asked. "That's already been arranged."

Who has how much power? 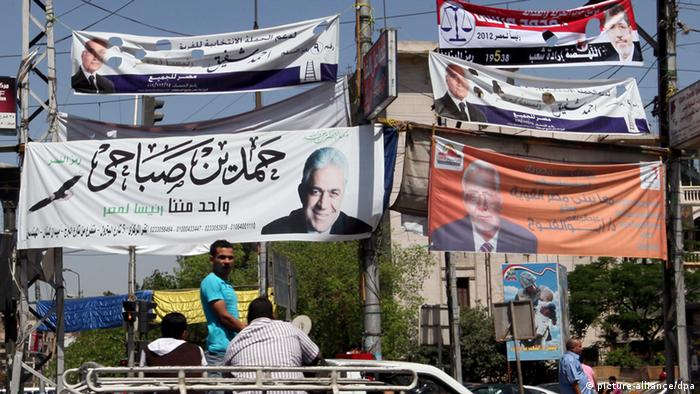 It's wasn't always clear who would be permitted as candidate

After all, true democratic elections are organized differently, Engy said. Egypt's Election Commission, composed of former President Hosni Mubarak loyalists, had already disqualified the shining stars of the Muslim Brotherhood and the Salafists - Khairat el-Shater and Hazem Abu Ismail, respectively - before the elections. The one, because he was imprisoned during Mubarak's reign; the other, because his mother holds an American passport.

Yet at the same time, the former President's cronies were permitted to run, even though Parliament had passed a law that was supposed to forbid loyalists of the former regime from candidacy. In addition, soldiers and civil servants were suddenly catapulted onto electoral lists - even though electoral laws forbid them from voting in order to ensure their political loyalty to the state.

Numerous violations of electoral law were reported to the Election Commission: Muslim Brotherhood candidate Mohamed Mursi, who was sent into the election once it was clear el-Shater could no longer participate, allegedly shuttled voters to polling stations by bus. Ahmed Shafiq, former Prime Minister under Mubarak, supposedly paid a few Egyptian pounds for votes. 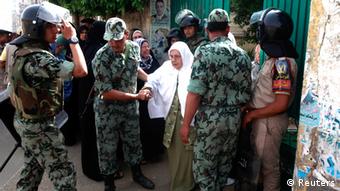 Soldiers were to ensure elections would be orderly

Engy has a few other criticisms as well: there is still no job description for the new president. The Constitution has not yet been fleshed out. How much power the new president, the parliament and the military council are to have has not yet been decided. In addition, not one of the candidates has addressed the topic that Egyptians are most concerned about: just how much power the military will retain? Will it continue to rule in the background, or will it be forced to claim responsibility for its misdeeds - such as brutal action against demonstrators?

While Engy expressed her frustrations, thousands of Egyptians lined up in front of the polling stations - women to the left, men to the right, and those over 60 years of age were permitted right in through the middle. Armed soldiers and police stood at the entrances to maintain order.

"It's been a big day for Egypt," said Ibrahim. He did not go straight into the polling station in Dokki, a Cairo city district, even though he was old enough to do so. Instead, he stood in line and used the opportunity to talk to other people. He enjoyed those moments while waiting to vote for his own head of state for the first time.

His candidate of choice was Ahmed Shafiq, Mubarak's last prime minister. Shafiq is the man the former President called his "third son." "He has experience," Ibrahim said, "and one needs experience to govern a country like Egypt."

'Sorry, your children have died for nothing' 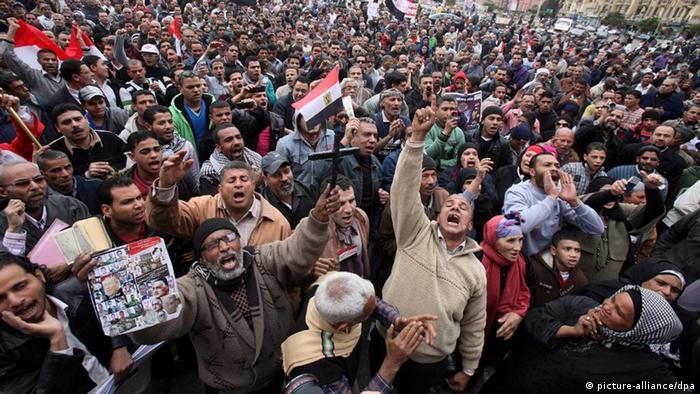 Engy was also one of the protestors at Tahrir Square

Ibrahim's dream is Engy's nightmare: a new Mubarak at the top. "Why did we even take to the streets if everything is just going to remain the same?" Engy laments. She becomes sad and angry when she hears about voters such as Ibrahim. "What are we supposed to say to the families of the martyrs when someone like that actually becomes President: 'sorry, your children died for nothing'?"

A look at the run-off

Official results of the elections are expected on Sunday, with the Muslim Brotherhood claiming Friday that its candidate, Mursi, would enter a run-off election next month with Shafiq.

But Engy said she would not vote in the run-off, either - as a form of protest again the military council. "Only once we have fair rules will I go vote and dip my finger in the phosphoric ink," she said.

The powerful Muslim Brotherhood has claimed the lead in Egypt's landmark presidential elections. Official results are likely to be announced on Sunday. (25.05.2012)

Two days of voting in Egypt's first free presidential election have finished. The Egyptian electoral commission said vote counting would begin immediately. Final results are not expected until May 29. (24.05.2012)

Egypt's leftist movement has little hope for fundamental change in the country. (24.05.2012)