Reunified Germany comes of age, but still has growing pains | Germany | News and in-depth reporting from Berlin and beyond | DW | 03.10.2011

Reunified Germany comes of age, but still has growing pains

More than two decades after Germany was reunified, great progress has been made in overcoming social divisions. But true unity has not yet been achieved in every field. 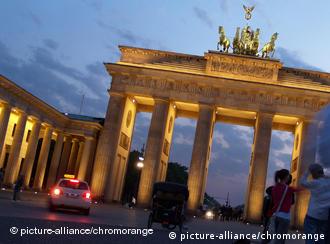 Berlin's Brandenburg Gate is now a symbol of unity

Huge strides have been made in the past twenty years. Just about every eastern German city and town has been thoroughly renovated.

While salary levels in the East are still only 78 percent of those in the West, even after 21 years of unity, the cost of living - especially for rents - is commensurately lower. One could argue, as a result, that most eastern Germans aren't that much worse off than their Western fellow citizens.

And there have been some industrial success stories in the former East Germany: "Silicon Saxony" with its computer chips, and the optical industry in and around the city of Jena in Thuringia, are two examples. 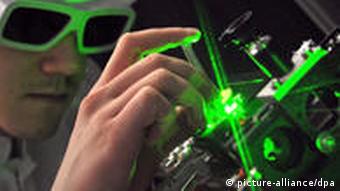 Some high-tech industries have flourished in the East

But in August this year, unemployment remained almost twice as high in the East as in the West. About half of the 80 billion euros ($103 billion) being paid in annual subsidies from west to east last year was eaten up by social benefits and welfare payments.

Some 1.6 million people have relocated from east to west since 1990, most in search of better job opportunities, and that trend shows no sign of letting up. Moreover, sociologists speak of a "brain drain" from the East since it's the better educated who make up the majority of those who leave.

It's not uncommon to see unneeded housing units being torn down in eastern cities. The most extreme example is Hoyerswerda near the border with Poland and the Czech Republic, which lost half of its population within a decade.

In these respects, East and West Germany continue to offer two different economic subsets. And dissatisfaction with such differences and inequities has manifested itself politically.

The rise and fragmentation of the Left

The incorporation of what Germans call the "new states" into the political system of the Federal Republic has wrought changes few would have anticipated back in 1990.

Chancellor, Angela Merkel, hails from the East, a fact many Germans tend to forget. And though most eastern Germans vote for one of the western parties, others have sought their own alternative.

The Left Party, the successor to the old socialist party in Communist East Germany, combined with left-wing fringe parties from the West, has established itself as a mouthpiece for disgruntled easterners. 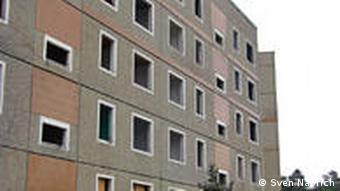 Empty apartment blocks are a common sight in Hoyerswerda

The SPD and the Greens are leery of cooperating with former communists, leading to the ironic result that the political left is bifurcated, helping Merkel's center-right government to hold on to power.

The establishment of the Left Party as a form of peaceful political protest can be seen as evidence of eastern Germans' adoption of western democracy. But it has also deepened many western Germans' sense of a cultural divide between them and their fellow citizens.

Nostalgia on both sides

One unambiguously positive aspect of reunification has been the removal of political barriers that kept many German families painfully separated during the Cold War. There are no exact figures for how many West and East Germans had relatives in the "other" Germany, but an average of 26 million care packages were sent annually from west to east during Germany's division - an indication of the personal hardships caused by political division.

"Those who felt imprisoned were overjoyed at an end to their suffering," says Brigitte Klump, an author whose private petitions to the United Nations over the course of many years helped some 4,000 people leave Communist East Germany. "And naturally I still feel joy when I hear from people who succeeded in integrating into the West."

Ostalgia - eastern Germans' supposed longing for the way things were - is a regular topic in the media, but in polls only around ten percent of easterners say they preferred life under socialism. And eastern Germans' self-identification as a group decreases the later they were born. 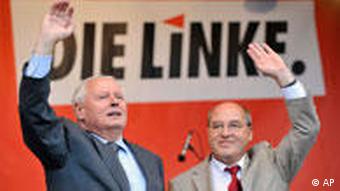 Meanwhile, around half of western Germans say the time before 1989 was better than afterward. This reflects their fond memories of a period of affluence and clear social consensus and suggests that "westalgia" is far more prevalent than its eastern equivalent.

Professor Klaus Schroeder of Berlin's Free University believes many easterners have an “idealized concept” of the former East Germany while westerners begrudge having to foot the bill for reunification.

"In the battle between the two systems, the west won,” said Schroeder. “The east was often left in the role of the loser,"

One oft-neglected aspect of reunification is the contributions made by residents who do not hold German passports and the effects it had on them.

Foreigners account for roughly eight percent of Germany's population, and with the removal of the East-West political divide in Europe as a whole, German society became much more multicultural, with large communities from Eastern Europe joining the substantial Turkish minority that had established itself in the post-war Federal Republic.

"The German immigrant nation is one of many nationalities, including Germans from the old Federal Republic, others from the former East, millions of ethnic Germans from Eastern Europe as well as an immigrant population of non-German descent," said Germany's leading immigration expert Klaus Bade. "Former 'guest workers' make up the majority, but there are also lots of smaller groups from an ever greater variety of backgrounds." 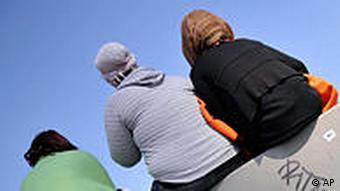 Foreigners are also part of the story

Foreigners have an inestimable impact on today's German society, and immigration is crucial in offsetting population decline, as both western and eastern Germans are having fewer and fewer children.

But after a boom immediately following the end of the Cold War, the number of foreigners in Germany has stagnated. Economists and sociologists see this as a worrisome trend because Germany needs to increase its workforce to compensate for the aging population entering retirement.

More than two decades on from 1990, it is more apparent than ever that "reunification" is not a restoration of a past society, but a process of creating something new that is inextricably part of the globalized world. Old national paradigms are coming under ever increasing challenges, so the future of the new Federal Republic is likely to be influenced just as much by factors from abroad as from within its own borders.

Berlin's Prenzlauer Berg is the laboratory of reunification

After reunification, the Berlin district of Prenzlauer Berg became the place to live, bringing together a mix of people from both sides of the Berlin Wall. It hasn't worked out perfectly for everyone, however. (02.10.2011)