Return of the conservatives

Paraguay's electoral commission has declared Horacio Cartes of the Colorado Party, which was in power from 1947 to 2008, the country's next president. But widespread vote buying cast a shadow over the election. 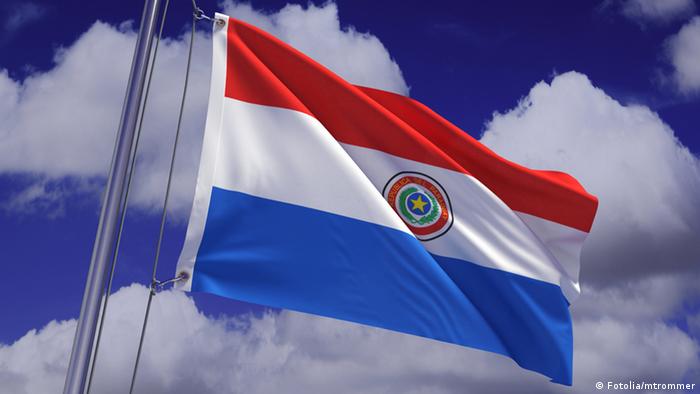 The "Asociacion Nacional Republicana," better known as the "Colorado Party" is poised to return to power in Paraguay following elections held on Sunday (21.04.2013). The national-conservative party ruled the country for 61 years. From 1954 to 1989, it supported Alfredo Stroessner, the country's military dictator with German roots.

Besides the president and vice-president, Paraguayans voted for 45 senators, 80 members of the lower house of parliament and 17 state governors. Exit polls suggest the Colorado Party will be the overall winner. Paraguay has thus bucked South America's leftward trend in electing the conservatives.

In 2008, the left-wing liberation theologist and Roman Catholic bishop Fernando Lugo, the "Red Bishop," succeed in breaking up the Colorado Party's power. It could have been a turning point for poverty-stricken Paraguay: Lugo promised social policies, education and a land reform. But he implemented next to nothing. 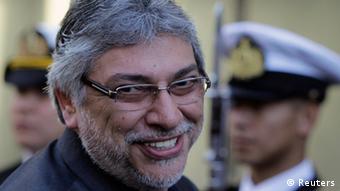 In June 2012, Lugo faltered after a massacre of "landless peasants" who had occupied a farm: After a shooting that killed 17 people, the parliament accused Lugo of "bad governance" and impeached him as president. The trial, which gave Lugo mere hours to prepare a legal defense, was considered a coup d'etat by many foreign governments - even though it was formally correct. But the impeachment opened the door for the Colorado Party's return to power.

Harsh accusations by the leading candidates

Their leading candidate, the wealthy tobacco magnate Horacio Cartes, is considered the likely winner of the presidential race. At times, he was almost 11 percentage points ahead of his most serious competitor, Efrain Alegre of the Liberal Party, which is currently in power. The gloves came off in the election campaign: Cartes accused Alegre of embezzling $25 million (19 million euros) during his time as minister for public labor under Lugo. Alegre reminded the public that Cartes was in court for misappropriation of millions of dollars as well - even though the charges were dismissed. 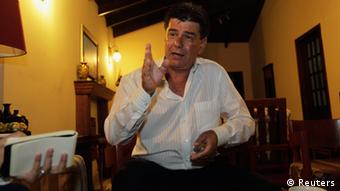 Cartes, the conservative and traditional industrialist "stands for smuggling, mob-rule, and piracy," liberal Alegre said. But the accusations coming from outside the country might have had even more of an impact: Uruguay's President Jose Mujica said the force behind the impeachment of former President Lugo was the "narco-coloradismo," an alliance between the Colorado Party and the drug cartels.

A nation owned by the rich

No matter who wins the presidential race: little is likely to change for the majority of Paraguayans. Even with the liberals in government, Lugo's ideas for social policies were smothered right from the start. The rapport between the government and indigenous peoples and social movements is rather cold.

Hardly anyone cares that only 2 percent of the population own 80 percent of arable land, and that more than 2 million people live below the poverty line. Many Paraguayans believe that the wealthy farmers and cattle-breeders do whatever they want anyway.

Additionally, Paraguay has been largely isolated in the international community since Lugo's impeachment. The South American federations UNASUR and Mercosur have suspended the small country's membership, which has palpable effects on the trade with neighboring nations and the domestic economy.

Election observers have work cut out for them

The elections were closely followed with 300 observers coming from abroad to monitor the proceedings and make sure things go by the book. They had a lot to do: Influencing voters and buying votes is nothing out of the ordinary in Paraguayan elections. 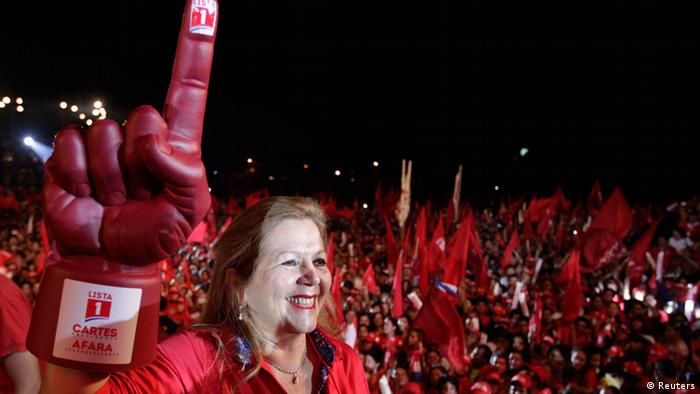 The Colorado Party has many supporters in Paraguay

"Candidates who claim they don't buy votes are lying," said Dany Durand, a Colorado Party candidate for parliament. "Everyone working toward a political career needs a lot of support. It's a tough competition - who can buy more votes?"

A video broadcast ahead of the election also showed an opposition lawmaker and government officials talking about purchasing votes.

Former Interior Minister Rafael Filizzola sounded nearly resigned when he said: "If someone sells his vote, we can't control it. And if someone bribes people in the polling station, we wouldn't know."

Popular methods to commit election fraud include the "arreo," in which the parties take the voters right up to the ballot box, or the temporary "renting out" of personal IDs.

"It's like an auction, the price depends on which candidate is asking for support when. My brother got 3.5 million guaranies [nearly $800] in the 2008 elections when he sold his ID, that of another brother and that of his deceased wife," a resident of the capital, Asuncion, told Spanish newswire EFE.

Two major South American groups have suspended the membership of Paraguay for having impeached and ousted its president. But the trade bloc Mercosur stopped short of imposing trade sanctions on the impoverished country. (30.06.2012)