What is widely believed to be the Tomb of Jesus, one of Christendom's most holy sites, at Jerusalem's Holy Sepulchre Church, is on the verge of collapse. To save it, major restoration work has begun. 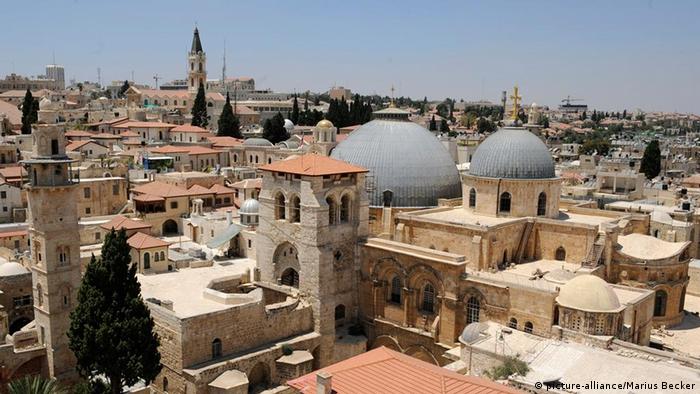 The repair work is expected to last up to a year, during which time visitors will still be able to visit the holy site. Workers in the church erected scaffolding and a steel canopy over the entrance to the tomb structure, to protect visitors from possible debris.

Located in the Christian Quarter in the Old City of Jerusalem, the Church of Holy Sepulchre, which was consecrated in the fourth century, encloses the sites where Jesus is believed to have been crucified, buried and resurrected. The 19th century shrine's marble slabs have weakened over the years, caused in part by daily visits from thousands of pilgrims and tourists.

Now the shrine will be painstakingly dismantled and rebuilt during eight months of restoration work, said the Custody of the Holy Land, which oversees Roman Catholic properties in the area.