Washington has announced that Yemen's president, Abed Rabbo Mansour Hadi, "is no longer at his residence in Aden." A Yemeni official has warned of the outbreak of a civil war if Houthi rebels seize the city. 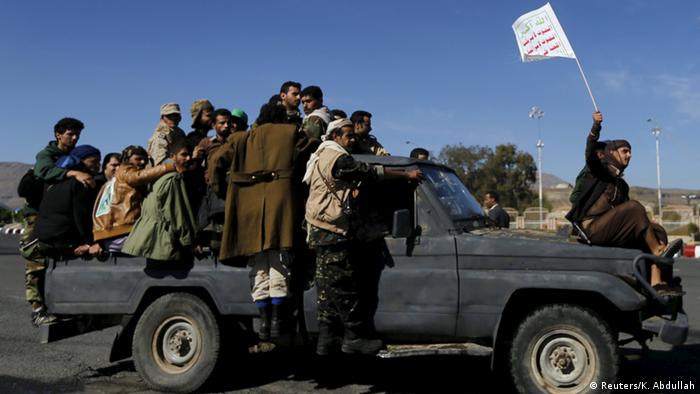 Briefing reporters in Washington, US State Department spokeswoman Jen Psaki confirmed that Yemen's president had fled his residence in the southern city of Aden.

"We were in touch with him earlier today," Psaki said. "He is no longer at his residence. I'm not in position to confirm any additional details from here about his location."

The rebels, known as Houthis (pictured above in the capital Sanaa) and reportedly supported by Iran, had offered a bounty of around $100,000 (912, 575 euros) for Hadi's capture. 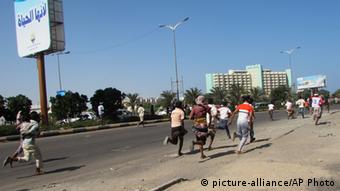 The rebel advance on Aden could see Yemen, the Arab world's poorest country, spiral into a civil war that could draw in its Gulf neighbors.

Hadi, a close US ally, appealed to Gulf Arab allies and the United Nations to intervene militarily to stop the Houthi's surrounding the city.

Meanwhile, residents were looting the presidential compound just hours after the president's departure, according to Reuters news agency.

The news agency also reported that Hadi had moved to another presidential palace in the al-Tawahi neighbourhood of Aden on Wednesday afternoon.

It was unclear whether the president remained at the second palace.