In a DW interview, Dutch scientist Mirjam Tuk explains how having an urge to urinate helps decision-making. In an experiment, she had groups drink water before choosing an immediate or a delayed financial reward. 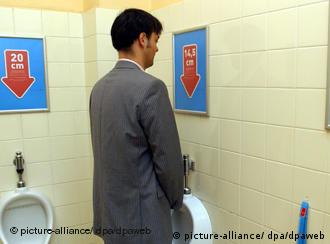 The study showed that a desire to urinate helps decision-making

Every year, around when the Nobel Prizes are awarded, there is another semi-serious scientific prize given for unusual achievements in science. As its website states: "The Ig Nobel Prizes honor achievements that first make people laugh, and then make them think. The prizes are intended to celebrate the unusual, honor the imaginative — and spur people's interest in science, medicine, and technology." The Ig Nobel Prizes are given by the magazine, Annals of Improbable Research, and are co-sponsored by the Harvard-Radcliffe Society of Physics Students, the Harvard-Radcliffe Science Fiction Association and the Harvard Computer Society.

The awards ceremony was held last week at Harvard University, in Cambridge, Massachusetts, in the US. One of this year's winners of the Ig Nobel for Medicine was Mirjam Tuk, a behavorial scientist and a professor at the University of Twente, in Enschede, the Netherlands. To learn more about her research, Deutsche Welle contacted her earlier this week.

Deutsche Welle: You are one of this year's winners of the Ig Nobel prize and you are the lead author on this paper, "Inhibitory Spillover: Increased Urination Urgency Facilitates Impulse Control in Unrelated Domains." What does this mean?

Mirjam Tuk: That means as people are controlling their bladder to a large extent, so if they have to go to the toilet more urgently, that facilitates impulse control in other domains. So, for example: That means they become more patient with money, they are better able to wait for a later, but larger reward, instead of the more impulsive, more immediate reward. And they can also control other, more cognitive, automatic impulses.

So in other words, when people have an urgent need to use the toilet, they at the same time urge better self-control in other areas?

Does that ability to make less impulsive decisions extend outside of these conditions? 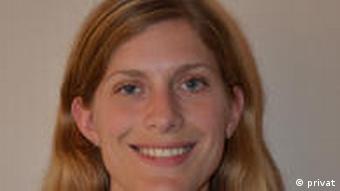 Mirjam Tuk is a professor at the University of Twente

Of course all human beings are able to control themselves. But that depends on the environmental characteristics. When we are hungry, we become more impulsive. And as my research shows, when we control our bladder to a large extent, we become slightly less impulsive. This shows one of the very many determinants for our ability to exert self-control.

What made you want to study self-control in this way?

How did your experiment work?

Right, so according to your paper: "A typical choice would be between receiving $16 tomorrow or $30 in 35 days." So obviously the second choice is the preferred choice.

Yes, but the first choice is the more impulsive one because we prefer more immediate rewards over delayed rewards in general. 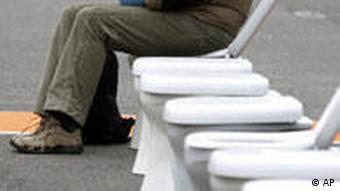 There are a lot of ways to study impulse control, I would imagine. It seems that using urination is a bit unusual. Is this something that you have observed in yourself? How did this research get inspired?

It was inspired when I was attending a research presentation by one of my co-authors, who was discussing what makes people more impulsive - such as when we are hungry, we opt for more immediate financial rewards. And he did an experiment where men had to touch bikinis, so some kind of a sex cue. And it turns out that men become more impulsive. So he was talking about these visceral experience that makes people more impulsive. That triggered the question whether there is also a visceral experience that can make people more controlled rather than impulsive. And I did drink several cups of coffee while attending that lecture, so my bladder did give some inspiration as to what could be a control factor, but the interesting question is whether there are physiological conditions that make people more controlled.

How do you explain this finding? I would think it would be the opposite. I would think that because people were distracted by their desire to urinate, that they would want to make whatever decision was the easiest, so they could take care of their physiological needs more quickly.

That's true. But I think how it works is that there's an optimal amount of bladder control rather than a maximum. So my respondents had to urinate more urgently, but it was not that they were leaving the experiment room with their legs crossed. I asked them to indicate how urgently they had to go to the toilet, and on a seven-point-scale, they indicated 4.7 to 5. So they had to urinate relatively more urgently but not extremely urgently. That's the crucial determinant for whether there's an increased impulse control or whether you can only think about running to the toilet and nothing else.

Improving rural sanitation is never an easy task, but an NGO working in Cambodia – where around 80 percent of the rural majority lacks proper sanitation – reckons it might have the answer: Selling unsubsidized latrines. (03.09.2010)

A German pensioner will receive a reward for handing in a large booty found on a train. His honesty has paid off - but his dishonesty could have proved even more profitable. (07.10.2009)