A so-called contested Republican Party convention is being floated as the best hope to stop Donald Trump from becoming presidential nominee. But such a scenario is more fiction than reality, writes Michael Knigge. 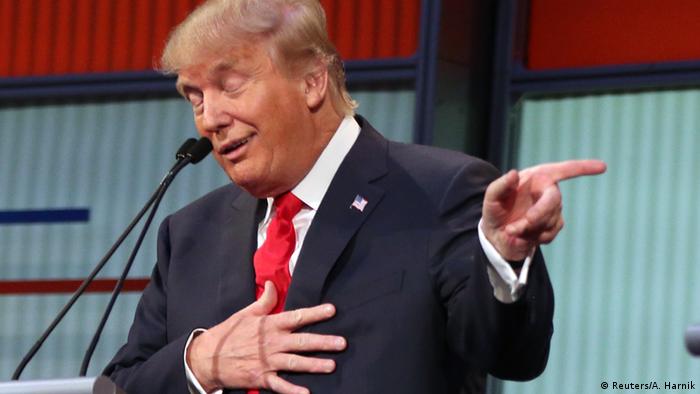 With Donald Trump remaining the undisputed frontrunner in the Republican presidential race after winning not only Super Tuesday, but also three out of four primaries this week, time is running out for the party's establishment to stop him from clinching the nomination.

Given the resentment of rank-and-file Republicans for the real estate mogul, coupled with anxiety that a Trump candidacy may wreck the Republican Party, the idea of a so-called contested convention has gained traction recently as perhaps the last resort to stump Trump.

First, Trump's remaining opponents draw enough votes in the outstanding primaries to prevent him from winning the 1,237 delegates necessary to clinch the Republican ticket before the party's nomination convention in July. Second, since Trump, and probably everyone else, will fail to cross the delegate threshold, the party convention will then pick the candidate with the best chance to win the general election. Third, this process will produce any candidate other than Trump.

There is one slight problem with this plan. It is extremely unlikely to happen.

"There will be a contested convention at the point where the frontrunner drops over dead," said Byron Shafer, who has written a book about national party conventions and is a political science professor at the University of Wisconsin-Madison. "Assuming that Donald Trump does not drop dead between now and the Florida and Ohio primaries, he will be the Republican nominee two weeks from now," he told DW.

While Trump's lead over his closest competitor Ted Cruz (458-359) in the delegate count does not seem insurmountable, he is clearly favored to win next week's Florida poll and has a chance to win Ohio as well.

If polls are correct, Cruz has no shot of winning either Florida or Ohio. The most optimistic scenario for Trump opponents has Rubio win Florida and John Kasich win Ohio. The most realistic one has Trump winning Florida and Ohio being a close race between Trump and Kasich. 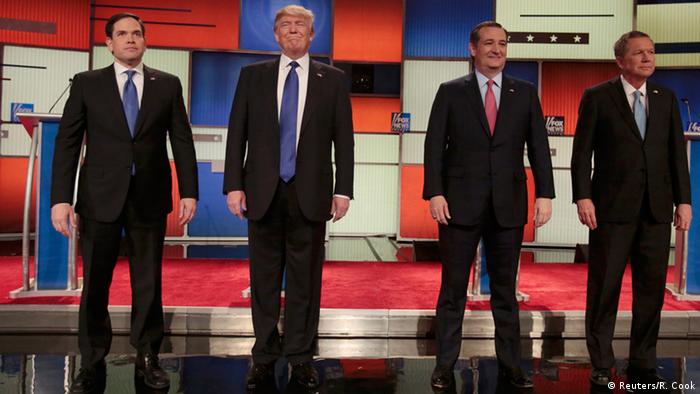 Since both states are winner-takes-all primaries their outcome could be decisive.

"If Trump wins Florida you won't see him running away with, but fast walking away with the nomination," said Iwan Morgan, a professor of United States Studies at University College London. If Trump wins both contests the race would effectively be over, agree the experts.

That the idea of a contested convention has even been floated despite its slim chances of happening shows the desperation among conservatives.

"There is tremendous fear on the part of the party establishment, but also just grass roots people on the political right that Donald Trump has already done and will continue to do irreparable harm to the Republican brand and so a contested convention looks like the only way he could be stopped at this point", Adam Ramey, scholar of American politics at New York University in Abu Dhabi, told DW. "But it's a highly unlikely event."

His colleague Shafer finds the whole idea of the Republican establishment panicking to find an alternative to Donald Trump nonsensical and far too late. "By now it doesn't matter what the establishment does."

The last time either party had a seriously contested delegation which produced a nominee who had not run in the primary was in 1952 with Adlai Stevenson. The last contested Republican convention was in 1976 when a strong challenger, Ronald Reagan, took on a vulnerable incumbent, Gerald Ford.

Ford ultimately clinched the nomination in the first round of voting. This was also the first time the Republican Party instituted its current system to determine its presidential candidate with every state holding a primary or a caucus.

"With the way both parties now run the delegate system, it is fair to say that it is nearly impossible to wind up in a scenario where there is an openly contested convention," said Ramey. 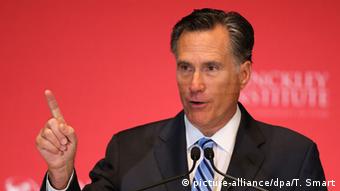 Trump's repeated threats that he will run as an independent if he feels treated unfairly by the Republican Party should also eliminate any potential plans to edge him out through backdoor deals at the convention because such a move would practically assure a Democratic victory in the general election. It would also further alienate an already angry conservative base from the Republican establishment.

"I think in the end if Trump wins the nomination and winds up with the most delegates, even if it's not a majority, a decent number of the Republican establishment would hold their nose and vote for Trump in the end," said Ramey.