European Union leaders will aim this week to boost EU security policy, setting new ambitions for the launch of peacekeeping and civil emergency operations, according to a draft document. 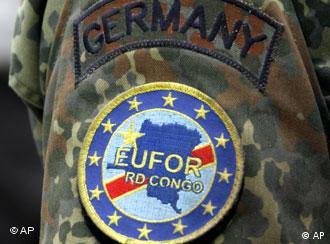 The leaders, in draft conclusions drawn up to be published Friday at the end of their two-day summit in Brussels, will express their willingness to give "new impetus to European security and defence policy."

The EU, they say, should be capable of deploying a total of 60,000 troops in 60 days for a major operation, while "simultaneously planning and conducting" 19 other missions, ranging from maritime surveillance to police training.

The text sets no target date, saying only that this should happen "in the years to come."

France has made the boosting of the EU's defence capabilities one of the conditions for fully re-integrating into NATO's military command, but it is unclear whether the new ambitions will satisfy its demands.

The other EU missions include two "stabilisation and reconstruction" missions with civilian capacity backed by 10,000 soldiers which can operate for two years, and two short-term rapid response combat forces.

The EU must also be able to set afoot an emergency evacuation operation for European citizens in trouble in less than 10 days, as well as a maritime or air surveillance mission.

It must also be able to run a dozen civil protection missions, which could train and mentor police, justice and customs officials or provide civil protection, the document said.

The leaders will also underline their desire for the EU to boost its "strategic partnership" with the NATO military alliance, which shares 21 members in common with the bloc.

NATO, particularly heavyweight members the United States and Britain, have always been concerned that strengthening Europe's defences could create double-up or competition for scarce military resources.

Military officers have said privately that the EU's defence ambitions have been set too high. A similar set of targets published in 1999 was due to have been met by 2003 but that deadline slipped.

Despites appeals from the United Nations for peacekeeping troops in the Democratic Republic of Congo, the European Union is hesitant to commit. Germany, in particular, prefers a diplomatic solution. (08.12.2008)