Report backs teaching of Islam at German universities | Germany| News and in-depth reporting from Berlin and beyond | DW | 01.02.2010

An academic advisory council has said it is high time Germany set up centers for Islamic studies at universities to train Muslim scholars and teachers for the country's Muslim minority. 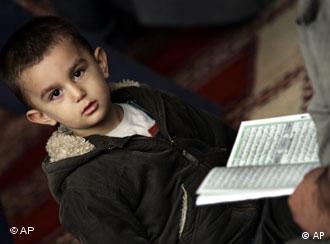 Options for learning about Islam in German schools are limited

Despite being home to more than four million Muslims, Germany's education system does not have many outlets for preparing educators to teach Islam. In fact, there is only one small department at a single German university that currently offers it.

Now, the German Council of Science and Humanities, the government's top academic advisory panel, has recommended setting up institutes of Islamic studies at German universities. 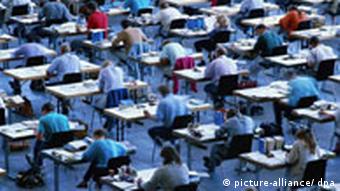 Peter Strohschneider, head of the council, told reporters on Monday in Berlin that imams (Muslim religious leaders) and other Islamic scholars in Germany should hold a university theology degree as a minimum qualification.

"More than four million Muslims live in Germany, and their children have a right to be taught their religion at school," Strohschneider said. "The teachers for these classes must receive academic training."

Currently, Islamic studies at universities in Germany mainly focus on history and art. Most teachers offering classes to Muslim children in public schools have been trained in Turkey. Only Muenster University has a small department teaching the Koran and other topics to Muslim schoolteachers.

Marianne Ravenstein, vice president of student affairs at Muenster University, says that Islamic studies has been taught there since 2005. Currently, the department has 2 professors and 30 students, who all have two majors already. But the department is now looking forward to growing and cooperating with Muslim organizations.

"We have the experience, we have the research to do this and a very good curriculum," Ravenstein told Deutsche Welle in an interview. "This development will give us more students and more professors." 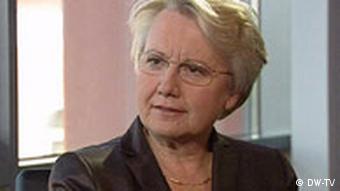 German Education Minister Annette Schavan has also welcomed the initiative, saying that training teachers and researchers in Islamic theology is necessary to provide convincing integration policies in modern societies. Ravenstein says providing the training in Germany holds plenty of advantages - both for students and potential teachers.

"They have to study here in Germany to learn this culture, to learn the language, to learn different things about the school system, and to learn about the people who educate these children," she said.

Peter Strohschneider of the German Council of Science and Humanities said that apart from urging the creation of Islamic study centers at select universities, the council also recommends that advisory groups from the Muslim community should have a say concerning content and hiring professors to avoid concerns that non-believers might be hired to teach courses.

The Council advocates the idea that the Muslim community should have the right to veto potential professors.

"My Book About Islam" is the first schoolbook on the Muslim faith to be approved for young children in Germany. The authors hope it will help foster understanding by dispelling myths about the followers of the Koran. (14.02.2009)

A government-sponsored Islam Conference aimed at fostering the integration of Germany's Muslims agreed to allow public schools to introduce religion classes on Islam in German. (13.03.2008)