Conservative German historian Joachim Fest, the author of two influential books on Adolf Hitler, died at the age of 79 on Monday. Fest was considered Germany's foremost historian on the Third Reich. 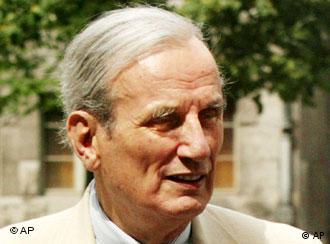 Joachim Fest, one of Germany's most influential historians, passed away on Monday at the age of 79, German daily Frankfurter Allgemeine Zeitung reported on Tuesday.

He published the biography "Hitler" in 1973, and his version of the Nazi dictator's end "Inside Hitler's Bunker: The Last Days of the Third Reich" in 2002. The latter formed the basis for the Oscar-winning film "The Downfall," which was criticised by many for purporting to show the human side of the Nazi leader. 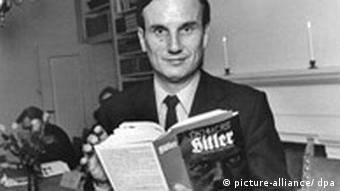 Fest was born in Berlin on December 8, 1926 to a middle class family who did not support the Nazis. His father forbade him to join the Hitler Youth but he was later drafted into the Wehrmacht.

He studied law, history, sociology, German and art history at Freiburg, Frankfurt and Berlin. After his studies, he worked as a journalist, mainly for the right-leaning Frankfurter Allgemeine Zeitung and regularly clashed with left-wing intellectuals about the Nazi era.

"Very few people were so much fun to fight with as Ulrike Meinhoff," said Joachim Fest about a German radical left activist who in the 1970s became a terrorist for the Red Army Faction (RAF). "Every time we met at a party, we'd go to a corner and talk politics." 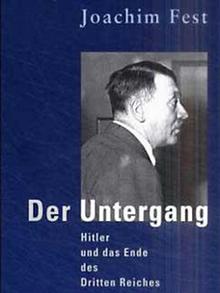 Fest helped Nazi official and architect Albert Speer, who became the only one of Hitler's henchmen to publicly repent for his crimes, when he wrote his autobiography "Inside the Third Reich" (1970). Speer had been sentenced to 20 years in prison at the Nuremberg trials for his role in the Nazi regime and was released in 1966.

After Speer's death and a heated controversy about the accuracy of the book, Fest penned an analysis of the work titled "Speer: The Final Verdict," in which he described Speer as an "incomplete person," who, blinded by his ambition, failed to question "the goals he was so feverishly working toward, and stifled all moral doubts, if indeed any arose, in the ethos of pure functioning."

In recent weeks Fest's name appeared in the newspapers often as commentators compared his approach to Germany's past with that of Günter Grass, the Nobel literature laureate and icon of the left who fell from grace last month when he revealed after a six-decade silence that he had served in the notorious Nazi elite force, the Waffen SS.

In an interview with the German news weekly Der Spiegel, Fest accused Grass of having dealt "lightly" with his past while posing as a moral authority.

"I wouldn't even want to buy a used car from this man," Fest said.

Fest was often criticised for holding back moral judgement on his countrymen's actions during the Nazi era. His book of memoirs entitled "Not I" will be published in the coming weeks.

Four weeks after Günter Grass publicly acknowledged that he had been a member of the notorious Waffen SS combat troops at the end of WWII, the debate is still raging over the implications of his confession. (Sept. 8, 2006)

It's where thousands of Nazi followers gathered and Leni Riefenstahl filmed "Triumph of the Will." Now the Nazi convention site by Nuremberg offers visitors a glimpse into the how's and why's of Germany's darkest period. (June 28, 2006)

Adolf Hitler spent his last days in an underground bunker in Berlin amid a combination of fear and unreality. A new German film captures the madness of his last days and resurrects the Führer as never before. (Aug. 25, 2004)