Regional leaders arrive in The Gambia to persuade Jammeh to quit

Shuttle diplomacy moves into top gear in The Gambia on Friday as visiting ECOWAS leaders seek to convince President Jahya Jammeh to step down. Gambians DW spoke to said he should make way for his successor. 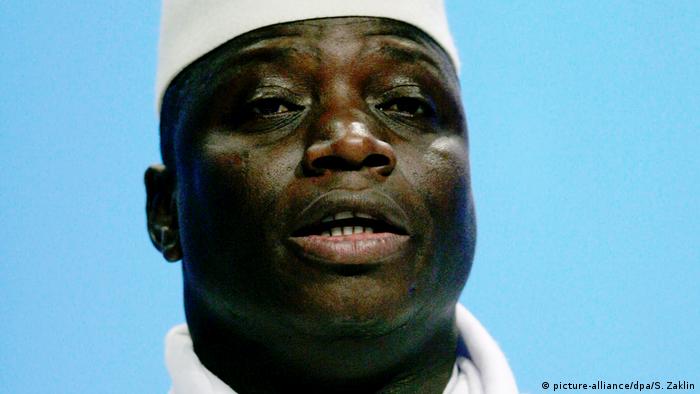 The leaders of Nigiera, Liberia and Sierra Leone have arrived in The Gambia in a bid to try and convince outgoing President Jahya Jammeh to step down. This would make way for the inauguration of president-elect Adama Barrow next week.

Buhari arrives in The Gambia with authorization from the Nigieran parliament to offer Jammeh asylum in Nigeria, if necessary.

The hope is that this could be one way of ending the political crisis in The Gambia.

Gambians in the capital Banjul who spoke to DW's AfricaLink radio show on Friday said Jammeh should step aside.

"The only way is just to hand over power to the newly elected president. Then life will continue," one resident said. Another referred to the visit by the ECOWAS delegation. "We just hope they will be able to convince him to hand over power peacefully." A third Banjul resident said he feared that if Jammeh didn't hand over by January 19 then "the country will turn into something else. We don't want this."

The question whether Gambia can install Barrow as president is being seen as a test case for West African democracy. 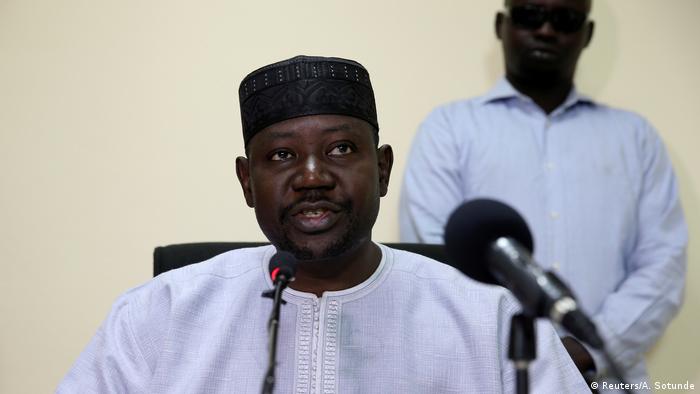 ECOWAS has a military force on standby to intervene if Jammeh does not relinquish when his mandate expires next week.

Jammeh initially accepted that he had lost the December 1 election, but then changed his mind, saying the poll was rigged and calling for fresh elections.

In an apparent bid to ease tensions, a senior member of Barrow's opposition coalition, Mai Ahmad Fatty said Jammeh would be entitled to the usual benefits afforded to past heads of state if he stepped aside, including an office of his choosing body guards and luxury vehicles

"We want to give him all the privileges of a former head of state," Fatty said on Thursday.

In the latest in a series of legal moves, Jammeh's ruling party has filed a motion with the Gambian Supreme Court to try and prevent Adama Barrow from being sworn in.

In a request submitted to the court late on Thursday, the ruling party argued that Barrow should not be inaugurated before a petition Jammeh had filed to challenge the election result had been heard.

Earlier in the week, the Supreme Court adjourned hearing Jammeh's petition until Monday (January 16) since only one judge was present and a minimum of five are required.  It is however highly unlikely that four additional judges will be present on Monday because the Supreme Court has not been operational since mid-2016.

A judge in Gambia said on Tuesday that a decision on President Jammeh's challenge to the poll results will not be heard until Monday next week, just days before President-elect Adama Barrow's expected inauguration. (10.01.2017)

The Gambia remains tense just over a week before President Yahya Jammeh is due to relinquish power. Jammeh disputes a recent election defeat and regional leaders, backing a democratic transition, have delayed a visit. (11.01.2017)