Recalled phone parts to be used in new Samsung phone | Business| Economy and finance news from a German perspective | DW | 03.07.2017

Recalled phone parts to be used in new Samsung phone

Samsung's new Galaxy Note FE will go on sale in South Korea this week with recycled parts from the ill-fated Note 7. The electronics giant insists the new phone is safe despite its predecessor catching fire. 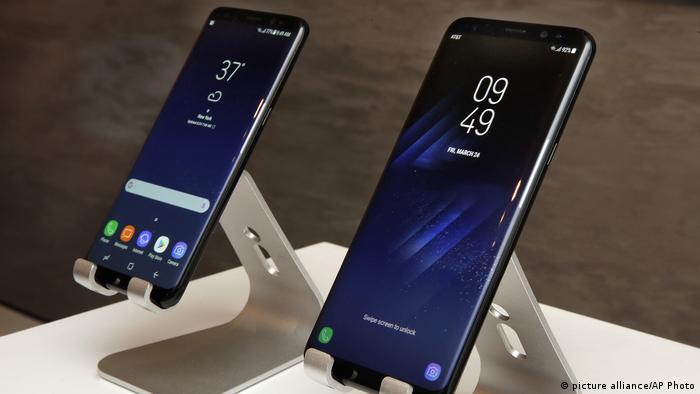 Samsung said over the weekend that the reworked version of the short-lived Galaxy Note 7 would be available in shops in its home market from Friday and would be 30 percent cheaper than the original.

The Galaxy Note FE is made of unused components from the Note 7, which was recalled last fall after several consumers complained that the phone's battery overheated and caught fire.

The phone was also banned on flights when images of a scorched Note 7 were shared on social media.

Despite quickly releasing a revised version with replaced batteries, the new phone also tended to overheat, prompting the electronics giant to discontinue the Note 7. The recall saw about three million handsets returned to the firm.

Samsung insisted the new phone has "perfect safety" thanks to its lower power battery, and said the decision to recycle parts from the Note 7 would "minimize its environmental impact."

Environmental groups had criticized the company's original plan to completely scrap millions of smart phones and pressured Samsung to reuse the parts to reduce waste.

An initial run of the new Galaxy Note FE will be limited to 400,000 units and at present, the company is not planning to release the phone outside of South Korea.

The Note 7 debacle weakened Samsung's corporate image and saw the firm write off billions in costs. The company later released investigation results that blamed flaws in design and production of batteries supplied by two battery makers.

Despite the setback, Samsung has just launched a new flagship device, the Galaxy S8, to positive reviews and strong orders.