As the fallout from the closure of Germany's Kruemmel nuclear reactor continues, politicians wrangle over the future of the country's energy production and energy giant Vattenfall tries to allay public fears.

Much has been pledged, accused and suggested by German politicians in the week since a short-circuit in a transformer at Kruemmel bumped it off the national grid.

The Social Democrats have called for a faster nuclear phase-out plan -- currently planned for 2020 -- and stressed the importance of closing eight of the oldest reactors without further ado.

For their part, the Christian Democrats have reiterated calls to extend the operating lives of the nation's plants on the grounds that the technology is perfectly safe.

But a survey conducted by the research institute, Emnid for the Bild am Sonntag newspaper, has revealed many reservations towards nuclear energy among normal Germans. Some 72 percent of the 501 people asked said they would like to see Kruemmel and other older reactors closed down.

Looking ahead to elections

Sweden's Vattenfall, which operates the plant in northern Germany, has said the short-circuit last Saturday was an isolated incident which should not be blown out of proportion or used to bolster an anti-nuclear election campaign.

"To use the incident as an instrument is wrong," said European head of Vattenfall, Tuomo Hatakka, in the news journal Focus. 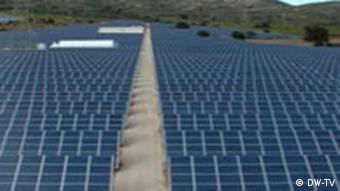 He said the safety of the reactor had never been compromised and that to suggest otherwise was "irresponsible" towards the public.

German conservative politicians have also accused the opposition of trying to use the incident to win over voters ahead of September elections.

State Premier of Lower Saxony, Christian Wulff, told daily Die Welt that SPD Environment Minister Sigmar Gabriel was trying "to show the SPD leadership how to turn an issue into a campaign platform," by playing with people's fears.

Vattenfall has invited people who live near the Kruemmel plant to attend an information and discussion session on Saturday in a bid to keep them abreast of what is going on on their doorsteps.

The Kruemmel nuclear power plant in northern Germany had only been back online for two weeks before a malfunction saw it taken back off the power grid. DW looks back at a series of events surrounding the facility. (06.07.2009)

Germany's environment ministry has promised to run checks on all electrical systems in the country's nuclear power station after an incident that removed the Kruemmel plant from the electricty grid. (06.07.2009)

Sweden's government-owned electric utility, Vattenfall, has admitted that fuel rods may have been damaged when one of its German nuclear power plants underwent an emergency shutdown last Saturday. (09.07.2009)

The push to label natural gas and nuclear energy as "green" in order to lure in more private investors was met with heavy resistance. But EU lawmakers ultimately gave it the green light.