In the name of budget cuts US Secretary of State Rex Tillerson slashed promotions and froze hiring. Data shows top diplomat numbers have since dwindled. 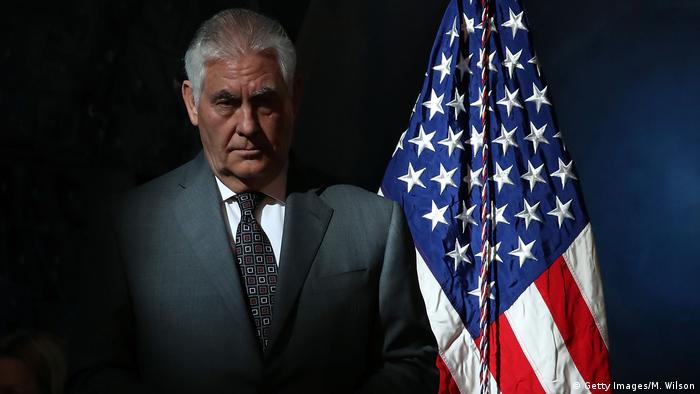 The ranks of top US diplomats are being depleted at a "dizzying" speed, the head of America's diplomatic trade union has warned.

Since January the number of "two-star" minister counselors has dropped by 42% and "three-star" career ministers by 14%, according to Barbara Stephenson, president of the American Foreign Service Association (AFSA) and former ambassador to Panama.

At the highest ranks of the State Department the number of career ambassadors has dropped from five to two, after the retirement of three top diplomats.

"These numbers are hard to square with the stated agenda of making State and the Foreign Service stronger," Stephenson wrote in a public letter to union members on Wednesday.

"Were the U.S. military to face such a decapitation of its leadership ranks, I would expect a public outcry."

Read more - In Asia, Trump must act as US explainer-in-chief

Secretary of State Rex Tillerson, who assumed office in February, has implemented White House proposals to cut the State Department budget by about a third.

In August he abolished most of the United States' special envoys, including those for climate change and disability rights, as part of a restructuring plan within the 75,000 employee-strong Department of State. 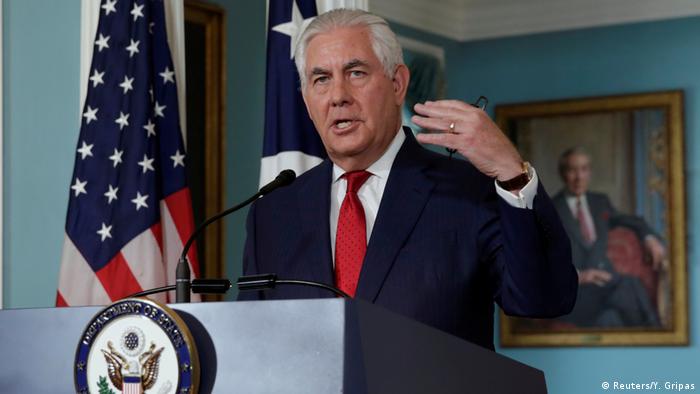 Earlier this year Tillerson imposed a temporary hiring freeze while he decides how best to reorganize the institution.

The AFSA, which represents more than 32,000 active and retired Foreign Service employees, said the loss of leadership was partly due to a decision to slash promotion numbers by more than half.

"Like the military, the Foreign Service recruits officers at entry level and grows them into seasoned leaders over decades," wrote Stephenson.

"The talent being shown the door now is not only our top talent, but also talent that cannot be replicated overnight."

A State Department spokesman told Reuters in response that suggestions the Foreign Service ranks are being drastically cut were "simply not accurate."

He did not dispute the data cited by the AFSA, but described it as "misleading" to claim the number in career ambassadors had dropped by 60 percent as there were only five to begin with. The spokesperson said Tillerson "plans to nominate individuals for this role in the near future."

The loss of high-level talent may be deterring interest at the bottom rungs too.

Intake into the Foreign Service will drop from 366 in 2016 to around 100 in 2018, according to the AFSA. Applications to its competitive entry exam are projected to fall by more than half since two years ago.

The AFSA questioned how the focus on "slashing staff" served the State Department's goal of making itself stronger.

"The rapid loss of so many senior officers has a serious, immediate, and tangible effect on the capacity of the United States to shape world events," wrote Stephenson.