Radical British imam sentenced to life imprisonment in US for terrorism

A district court in New York has sentenced the radical British cleric Abu Hamza al-Masri to life in prison. The court found him guilty on terrorism-related charges, including the 1998 kidnapping of tourists in Yemen. 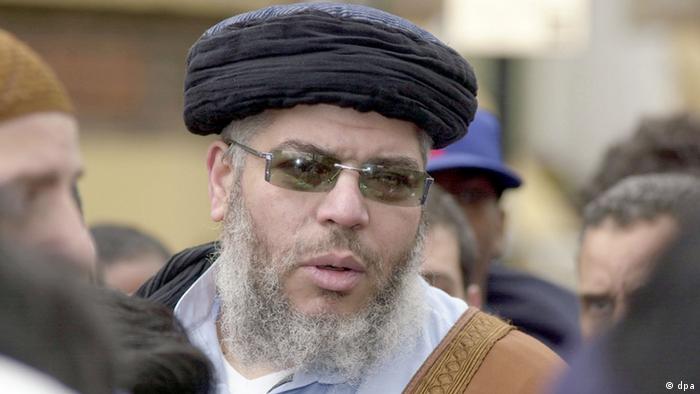 Radical Islamic cleric Mustafa Kamel Mustafa, a.k.a. Abu Hamza al-Masri, was found guilty on charges relating to terrorism, including his role in a 1998 kidnapping of tourists in Yemen, which resulted in the deaths of four hostages, and on charges of planning to build a military terrorist training camp in the US state of Oregon.

Though Abu Hamza had maintained his innocence, US Judge Katherine Forrest for the district of Manhattan said on Friday that he 56-year-old's actions were "barbaric" and "misguided."

"You have not expressed sympathy or remorse for the victims of the Yemeni kidnapping," Forrest told Abu Hamza, adding that he would likely not change were he released and thus only a life sentence would ensure he could never again incite violence against innocent people.

The cleric had gained notoriety for his vitriolic sermons at the Finsbury Park Mosque in London. Authorities in the US and UK said the cleric, who is of Egyptian origin, helped inspire a generation of militants, including the would-be shoe bomber Richard Reid.

Abu Hamza, who is a missing one eye and both hands, was dubbed "Hook" by British tabloids. Prior to his extradition to the US in 2012, he had spent eight years in prison in Britain for inciting violence.

Ahead of the Marathon bombing trial, prosecutors are confident they have a watertight case. But controversy is raging on questions of life, death and fairness. DW explored the arguments with three law professors. (04.01.2015)

A young German who allegedly fought for the "Islamic State" faces trial. Western countries are desperately searching for ways to stop the spread of Islamist propaganda and the growing number of young jihad recruits. (14.09.2014)

Four men have been jailed over a planned deadly attack in Germany, with the ringleader given a nine-year prison sentence. The trial of the al-Qaeda-linked cell has been going on for more than two years. (13.11.2014)