′Radiagate′ provokes soul-searching among Indian journalists | Asia | An in-depth look at news from across the continent | DW | 08.12.2010

Leaked recordings of phone conversations with a lobbyist have raised suspicions that some of India's most influential journalists served as power brokers for a deal that is considered one of India's biggest scams ever. 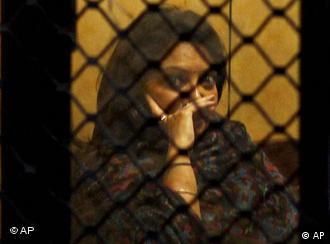 The revelations have shocked the public and upset the media world. A controversy involving high-profile journalists and their taped telephone calls has given India its own WikiLeaks-style storm. It has been termed the "Radiagate".

Top journalists are heard in conversations with influential lobbyist Niira Radia after the 2009 general elections, discussing who should be in the next cabinet. Radia worked as a lobbyist for two of India's biggest industrialists: Mukesh Ambani, head of Reliance Industries, and Ratan Tata, whose conglomerate's interests include phone operator Tata Teleservices. 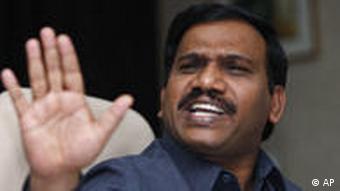 In the taped conversations, Niira Radia was apparently pushing for A. Raja, a south Indian politician, to be reinstated as a minister.

As telecom minister before the election, Raja had overseen the sale of the lucrative 2G phone licences at rock bottom prices - which is now turning out as potentially one of the biggest corruption cases in Indian history. It is estimated to have cost the exchequer over $35 billion in lost revenues.

Transcripts of the 104 tapes, many of which have been printed by two news magazines, "Open" and "Outlook", have called into question the reputations of, among others, celebrity anchor Barkha Dutt and veteran newspaper columnist Vir Sanghvi. Both deny any wrong-doings.

But Hartosh Singh Bahl, the political editor of "Open", points out that there is a larger problem.

"The people who have been caught on tape are by no means the only ones who have been part of this cosy relationship. This extends far beyond the few journalists who have been named or have been seen on tape. Whether it leads to a larger cleanup in the immediate future, I am not so sure. There will be a certain sense of caution. But till journalists as a whole try to organize themselves in a way, enforce a code of ethics in day-to-day work, I am not sure things will change in the long run."

Eminent sociologist Dipankar Gupta agrees that there is a need for serious introspection by the mainstream media. 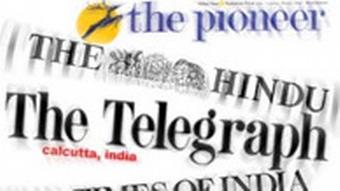 The 'Radiagate' controversy has caused a heated debate about media ethics

"The lesson that the media should learn is that they are really judged in the court of the people. And what they do must not only seem legal but also proper. And over the years they have become a little complacent because of their closeness with powerful people, the rich and the powerful."

The controversy has caused heated debates among journalists, in press clubs and other forums.

The controversy is far from over and could possibly mark a new chapter in Indian journalism.

The Indian government has been rocked by a series of corruption scandals linked to the Commonwealth Games, housing and telecoms, which has significantly dented its image. (22.11.2010)

Voices from the grassroots: new media and environmental journalism in Asia

All over Asia, environmental problems, including climate change, are increasingly being debated in public. Blogs and online social networking sites are playing an increasingly important role in raising awareness. (23.06.2010)

Politics of Tweeting in India

Recently, India’s Minister of State for External Affairs Shashi Tharoor's Twitter posts created a major controversy in India. His boss, Foreign Minister S.M. Krishna, publicly rebuked him for discussing confidential policy matters in public. So what is the role of the new media in Indian politics? (29.01.2010)