The US National Basketball Association has banned LA Clippers owner Donald Sterling from the game for life, after he made racist comments. Sterling was also fined $2.5 million. 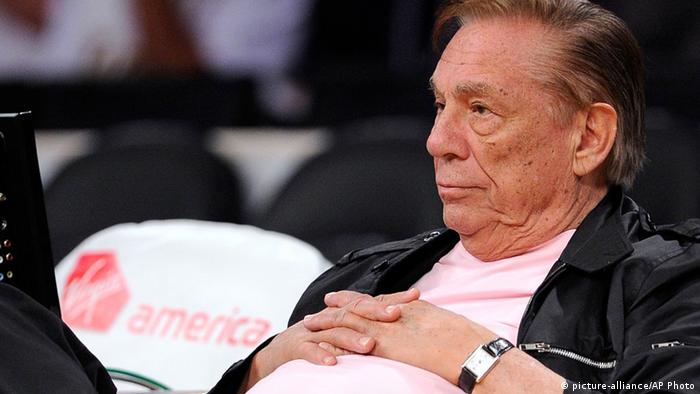 NBA Commissioner Adam Silver told journalists in New York on Tuesday that Sterling had been suspended from the league for life and hit with a fine worth 1.8 million euros. The controversy ignited on the weekend when audio said to be Sterling's voice was leaked online, criticizing a friend for associating with "black people."

Silver said that an investigation concluded the voice did belong to the LA Clippers owner.

"The man whose voice is heard on the recording and on a second recording from the same conversation that was released on Sunday is Mr. Sterling," Silver said.

"The views expressed by Mr. Sterling are deeply offensive and harmful," he added.

Silver said Sterling would not be allowed any role in the operations of his team, nor serve as one of the NBA's governors. The $2.5 million he was fined is the maximum amount allowed under the NBA constitution.

The outrage surrounding Sterling's comments spread across the United States and all the way to Malaysia, where President Barack Obama weighed in on the controversy while on a tour of Asia. Obama denounced the "incredibly offensive racist statements."

A number of sponsors have announced they would be stepping away from the team, in light of the comments. Sterling bought the LA Clippers in 1981 and is the longest-tenured owner of any of the 30 NBA teams.