Racial tensions rise in Czech Republic after Roma attacks on whites | Europe | News and current affairs from around the continent | DW | 24.08.2011

A recent spate of attacks by Roma youths on white people has escalated racial tension in the remote reaches of the Czech Republic. In a region plagued by unemployment, some fear the far right could profit politically. 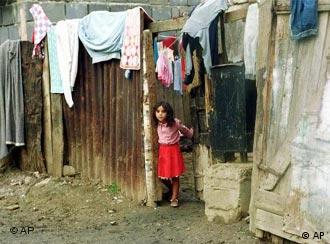 Many Roma suffer from poverty and unemployment

The region of Sluknovsky vybezek is a crooked finger of land protruding from the northern reaches of Bohemia into Germany, not far from the city of Dresden. The inhabitants of the small towns in this remote region are an eclectic mix of Czechs, Romanies and Vietnamese traders - very different from the tightly-knit Sudeten German community who lived here until 1945.

Ethnic tension now appears to be growing in the region after two violent attacks by Roma youths on white people. The latest incident in the main town of Rumburk saw 20 Roma youths attack six white men with nightsticks after leaving a disco.

"They started beating us with truncheons and telescopic nightsticks," Michal Nemecek, one of the victims, told Deutsche Welle. "They shouted ‘you white bastards' at us. We definitely weren't the ones who provoked the attack - six against 20? We would have been crazy. They were just walking along the street and we were the first ones they ran into."

Police say at least one man has been charged with racially motivated assault and battery and could face up to 12 years in prison. Charges are being prepared against a second detainee, and the remainder are being tracked down. 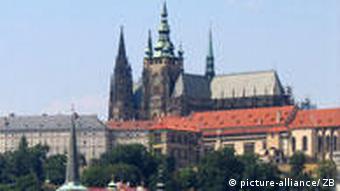 The Rumburk attack follows an incident in the nearby town of Novy Bor, in which a group of five Roma youths attacked three white men in a bar with a machete, leaving one of them seriously injured. This attack is also being treated as racially motivated.

Fear on the streets

"Our citizens simply don't feel safe in the streets of their own town," said Jaroslav Sykacek, the mayor of Rumburk.

"We've heard that next year the Czech police are going to make 2,500 people redundant, and by 2013 the number of officers is supposed to fall by another 10,000," he added.

Observers have warned of serious racial tensions in the area, which is already suffering high levels of unemployment and poverty. There have been reports that real estate agents have been relocating Roma families to the region from elsewhere in the country after buying up their apartments, concentrating a large number of poor, poorly educated and unemployed people in one area.

The far-right Worker's Party has already vowed to march through Novy Bor in September to protest against the attacks, which Roma leaders themselves have condemned. Community leaders have appealed for calm, but the tensions certainly have the potential to boil over into new violence.

A report by Amnesty International finds that the Roma minority in Romania lacks legal protection from forced evictions, and that Roma families are often left in sub-standard housing conditions with no chance for redress. (23.06.2011)

Despite recognition as an official minority, little is known about educational opportunities for Sinti and Roma in Germany. But a research project has shown that Sinti and Roma lag far behind the rest of the country. (25.05.2011)

Hundreds of Roma residents in a Hungarian village have fled their homes, fearing far-right vigilantes who set up a training camp nearby. The group denies trying to provoke the locals, but the Roma want more protection. (22.04.2011)

The high-ranking US lawmaker is expected to visit the self-governing island despite warnings from Beijing. The US has deployed warships nearby and Taiwan is bracing for a show of Chinese force.

The atmosphere between Kinshasa and Kigali is explosive, with the two governments trading blame once more over brutal rebels. Experts say the longstanding dispute will persist until past issues are resolved.