Raccoons take to the streets of Germany

In the past two decades, thousands of raccoons have left their woodland homes in exchange for city digs. Scientists are studying their behavior in an attempt to help residents stave off these pesky creatures. 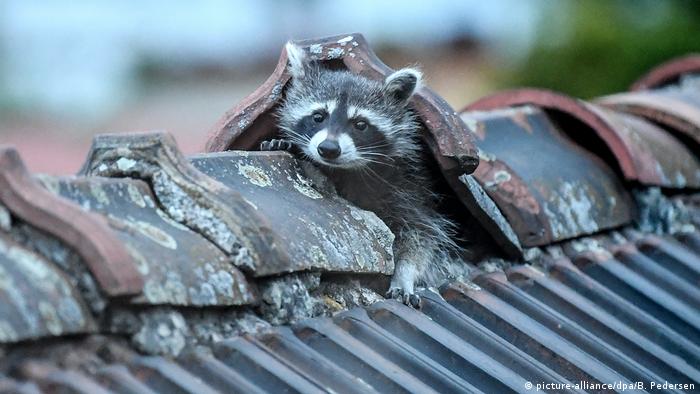 They seem to have gotten fed up with the quiet country life. And although they might look loveable, raccoons are wreaking havoc in cities across Germany.

The black and white furry creatures were first spotted skulking around German cities such as Hamburg, Munich and Berlin in the 1960s. But since the 1980s, thousands of raccoons have forsaken their natural woodland and riverside habitat and have moved into the suburbs – and into other people’s homes.

It seems the raccoons want a better quality of life, according to Ulf Hohmann, a raccoon expert and biologist at Göttingen University.

“They have simply discovered better food and nicer accommodation in towns and cities," he told DW-WORLD.

“In their natural habitat, for example, they often live in hollow trees. A loft space is like a huge, warm hollow tree to them,” Hohmann said.

Their main offense in the city, experts said, is causing a big mess in people's houses by gnawing on furniture and toppling trash containers.

But while raccoons can cause real damage to people's homes, they don't pose danger to humans in Germany because they aren't known to carry rabies like their American cousins, said Marcus Nuremberger of the Hamburg- based international animal welfare organization Vier Pforten (Four Paws).

“They’re shy animals and won’t attack as a rule," Nuremberger told DW-WORLD. "Of course, they’ll bite if you try and catch them, but so would most animals.”

A furry friend with no predators

The raccoon population has become so widespread in part because they aren’t easy to kill off and aren’t fussy when it comes to food either.

Raccoons have no natural predators and will eat practically anything from seeds and berries to fruit, insects, worms, even amphibians, fish and birds, according to a zoologist at the Berlin Zoo.

Raccoons are not native to Germany. Like mink in Britain, the mammals were brought to Europe from North America in the early 20th century for their fur. The cuddly critters were also popular at the time as household pets.

The first pair was reportedly set free in Germany in 1934, but the wild raccoon population exploded during the Second World War when a bomb hit a raccoon farm east of Berlin. Many raccoons escaped and began to breed in the wild.

Hohmann has been studying the animals in the city of Kassel, in the German state of Hessen, tagging the animals to enable a better understanding of their movements. His hope is that by learning more about how raccoons behave, he'll be able to offer advice on how residents may ward off these unwanted lodgers.

Although hunting raccoons is allowed in some German states, in many others, such as Berlin, killing the critters is strictly forbidden. The only way to keep them out, Hohmann said, is to make sure there are no holes in the roof or other ways into the house.

Results of a study on Kassel's urban raccoons.