Questions abound over Algeria-Libya connection | World | Breaking news and perspectives from around the globe | DW | 30.08.2011

Algeria has not only offered a safe haven for members of the Gadhafi clan, but also been openly critical of the rebels in Libya. Deutsche Welle investigates the relationship between two dictatorial neighboring states. 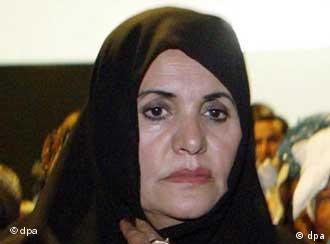 While members of Gadhafi's family have fled, his whereabouts are still unknown

Deposed Libyan dictator Moammar Gadhafi and his allies don't have many friends around the world at the moment. But the government of neighboring Algeria is bucking the international trend in offering Gadhafi's wife and three of his children refuge - as well as challenging the legitimacy of National Transitional Council (NTC) now in charge of Libya.

On Tuesday an Algerian government spokesperson said his country had given the Gadhafi family members sanctuary for humanitarian reasons. But cordial relations between Algeria and Gadhafi have a substantial history.

Since the 1980s, the two countries have been on the same side of many regional issues, including independence for the Western Sahara and hostility toward Israel. That, says one expert, is because Algeria and Libya have been fundamentally similar states.

"There are many parallels, including the fact that, despite what Algeria claims, both are dictatorships without any sort of freedoms," Middle East specialist and peace researcher Werner Ruf told Deutsche Welle. "Both are also states whose revenues principally come from the export of raw materials."

Algerian President Abdelaziz Bouteflika has cause to fear the popular protests that have swept throughout the Middle East and Northern Africa this year and that led to Gadhafi's fall in Libya. Demonstrators have repeatedly taken to the streets of Algeria since January, although the movement there has not attained the scope of the ones in Egypt or Libya.

Algeria's taking in of the Gadhafis is thus consistent with the government's stance of resisting political change across its Eastern border - a position that has caused considerable friction on the international stage.

Fears from the past 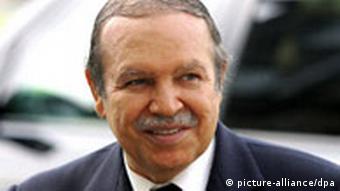 From the very beginning, Algeria opposed the imposition by NATO of a no-fly zone over Gadhafi-controlled Libya, a move that was crucial to the Libyan rebels' eventual triumph.

Algeria is also the only one of Libya's North African neighbors that hasn't recognized the NTC. Indeed, the two sides only met to discuss the situation early this week.

For its part, the NTC has accused Algeria of actively backing Gadhafi during the Libyan civil war. Only recently, rebel elements stormed and did considerable damage to the Algerian embassy in the Libyan capital Tripoli. Embassy staff fled, and Algeria lodged a formal complaint with the United Nations.

"Algeria definitely feels itself under pressure now," Ruf explained. "This is a country that had its own battle against Islamists 20 years ago and is afraid of any destabilization."

The Algerian government fought a civil war, kicked off by disputed elections, against various Islamist groups from 1991 to 2002. Between 150,000 and 200,000 people are thought to have died in the violence.

Bouteflika emerged from that conflict to take, with the army's support, the Algerian presidency in 1999. He has ruled the country ever since, mostly wielding powers granted him under a state of emergency.

The Algerian government has repeatedly maintained that there are Islamist elements, some with connections to al Qaeda, among the Libyan rebels. But is this claim merely propaganda? 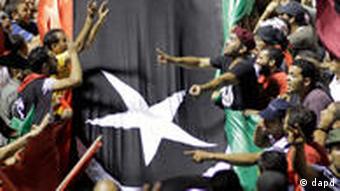 Algeria has charged that the rebel movement contains Islamist extremists

"Who are the rebels?" Ruf asked. "No one really knows, but there are certainly Islamists among the NTC."

In particular, Ruf cites the potential influence of the Senussi movement, a political and religious constellation that has existed in Libya since the mid-19th century. The Senussi repeatedly battled colonialism and brought forth Libya's only king, Idris I, who succeeded in achieving Libyan independence in 1951 before being toppled by Gadhafi in 1969.

The movement is particularly strong in eastern Libya, where the rebellion began, and as many as a third of Libyan Muslim's may have some ties to it. 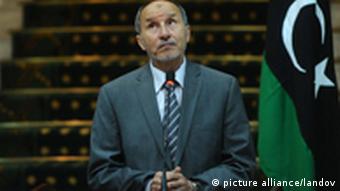 A secret United States diplomatic cable from 2008, published last January by Britain's Daily Telegraph newspaper, asserts: "Unlike the rest of the country, sermons in eastern Libyan mosques are laced with phraseology urging worshippers to support jihad in Iraq and elsewhere through direct participation or financial contributions."

In its official mission statement, the NTC says its main aim is to keep the peace and eliminate Gadhafi's influence from all of Libya.

In a statement issued in March, the Council also wrote: "The Transitional National Council affirms the Islamic identity of the Libyan People, its commitment to the moderate Islamic values, its full rejection to the extremist ideas and its commitment to combating them in all circumstances, and refuses the allegations aiming to associate al Qaeda with the revolutionists in Libya."

Undoubtedly, in the coming weeks and months, much will become apparent about a movement that started off as a rag-tag army and went on to overthrow an entrenched dictator.

But the tension between Libya's current transitional leadership and Algeria is likely to continue. The NTC considers Algeria's decision to grant refuge to the Gadhafis "an act of aggression" and is demanding their return.

Libya's interim council has given forces loyal to Moammar Gadhafi an ultimatum to surrender within four days or face military force. Meanwhile, a diplomatic rift is developing with neighboring Algeria. (30.08.2011)

Libya faces a number of nightmare scenarios, from a new civil war between rival factions to the rise of al Qaeda-affiliated Islamists, should a power vacuum plunge the country into a new phase of lawlessness and chaos. (29.08.2011)