Internet portal for intercultural dialogue with the Islamic world extends service to the most populous Islamic country in the world. 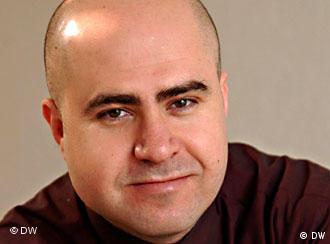 The Internet portal Qantara.de, which seeks to promote intercultural dialogue with people in the Islamic world, is now available online in Indonesian. The aim is to make the website, which has until now been available in German, English, Arabic and Turkish, more accessible to target groups in Southeast Asia.

According to the portal's editor-in-chief, Loay Mudhoon, by making online content available in Indonesian and addressing more issues related to Southeast Asia, Qantara.de will extend its focus to a region where the importance of intercultural dialogue is often underestimated in the West. "This is particularly true for Indonesia, the most populous Islamic country in the world, which is confronted with a variety of challenges including religiously-motivated extremism and issues arising from the conflict between tradition and modernism."

Qantara.de’s provides an online forum that fosters dialogue between the West and the Islamic world. The intention is to discuss controversial issues openly and to highlight common ground between cultures. The new Indonesian version of the website is aimed primarily at those in Southeast Asia who are interested in intercultural dialogue and particularly those whose social position allows them to influence public opinion in their own country.

Qantara.de has been published online in Arabic, English and German since 2003, with Turkish being added in 2007. The project is funded by the German Federal Foreign Office and is jointly run by Deutsche Welle, the Goethe Institute, the Federal Agency for Civic Education (bpb) and the Institute for Foreign Cultural Relations (ifa).

Portal for Dialogue for the Islamic World