Russian President Vladimir Putin's land grab presents the West with a lesson and a test. How the West responds to both will not just determine the future of Ukraine, but of Europe. 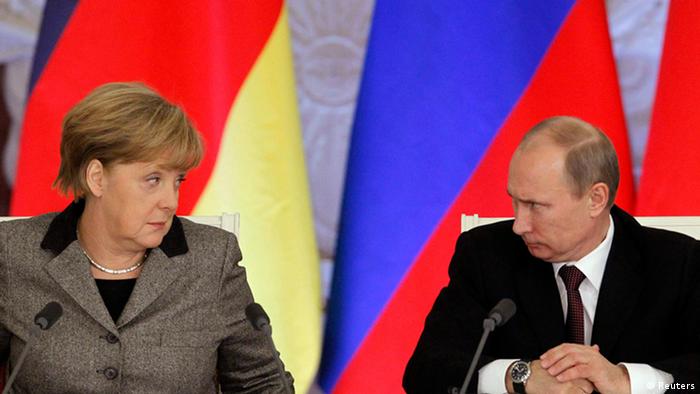 Why would a country which gets half of its revenue from the export of energy make an aggressive power play that tells every last one if its customers that it can't be trusted and that they had better wean themselves off Russian oil and gas sooner rather than later?

That's precisely the message Moscow's annexation of Crimea sent to Europe which currently imports 40 percent of its energy from Russia. The message was so stark it was not lost even on Germany, generally regarded as the European country with the closest ties to Russia.

In a speech before parliament on Thursday Chancellor Angela Merkel drove that point home when she proclaimed energy diversification and energy security as a European goal. Countries with closer proximity to Russia like Poland or the Baltic states not only made that call earlier, but are already investing heavily to limit their dependence on Russian energy.

So what makes Putin tick that he is ready to jeopardize his country's primary source of income?

"The key thing here is that Russia doesn't want to play Europe's game," says Iver Neumann, a Russian specialist and professor of international relations at the London School of Economics. Moscow, notes Neumann, is still caught up in the politics of the 18th and 19th century where you grab a piece of land and see if you can get away with it.

Europe has moved on since. "We are now playing a game where we are investing in long-term trust between European states," says Neumann, which means that "we are free to give priority to economic concerns and that we have a better foresight of what will happen in the future because we trust the moves of the other states more than we otherwise could."

The Kremlin however is not playing an economic game. Instead, says Neumann, "Russia will play the old game."

A major reason why Putin's Russia does not want to play the West's economic game is simple: It can't. "Since Putin took over in 2000 he has had 14 years to overhaul the economy," argues Neumann. "Nothing, absolutely nothing has happened. So the very basis of Russian state power is becoming weaker and weaker." 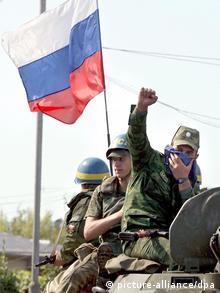 That wouldn't be much of an issue if Moscow were simply content with sitting on the sidelines of the Western game. However, the problem for Russia's self-image as a great power is that most of the countries in what it still considers its sphere of influence are attracted to and keen to join Europe's economic game instead of orbiting around Moscow.

Since the fall of the Berlin Wall, the Kremlin has witnessed this gravitational shift toward the EU with the result that Russia's sphere of influence as well its buffer zone from NATO territory has been shrinking continuously. From Moscow's domino theory perspective, Ukraine was only the last, but most important stone to fall under the West's spell. That's when Putin felt he needed to step in as he explained in his speech justifying the annexation of Crimea.

"I think his grand strategy is the recreation of the Soviet Union 2.0, perhaps consisting this time predominantly of Russian speakers," says Marcin Zaborowski, director of the Polish Institute of International Affairs in Warsaw. And so Putin's first priority is to make sure that Ukraine does not join the Western camp, he adds.

But Putin's high stakes power grab has also sent a strong warning to other countries mulling closer ties with Europe.

"He is changing the rules of the game on the ground without actually doing anything to another 10 or a dozen former Soviet republics around Russia," explains Matthew Rojansky, director of the Kennan Institute in Washington, a think tank focusing on Russia and the successor states to the Soviet Union.

Getting away with it

"He has set the precedent that anything is possible in Russia's relations with those former republics. And I think if he is able to get away with South Ossetia and Abkhazia and after that with Crimea who knows exactly what will come next?"

The lesson the West should learn from Moscow's behavior is this, says Neumann: "First with Georgia in 2008 and now with Crimea in 2014, Russia amply demonstrates that it is not interested in playing the Western game." In other words: the strategy to try to bind Russia into a Western-oriented interdependent, rules-based system has failed.

At the same time, Putin has issued a clear challenge to Europe and the US. He is counting on the West to let his power grab stand without tough sanctions that would really make Moscow rethink its strategy. 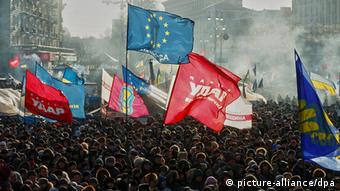 All eyes are on the West's reaction to Moscow's power play

As for the long-term, Putin is banking on the West's forgetfulness, lack of unity and stamina to uphold tough sanctions and to wean itself off its Russian energy addiction.

And if the past is any indicator, argue the experts, he may just be right. On the other hand, Ukraine is a far more important country than Georgia. "I certainly hope he is not right," says Zaborowski. "This time we are really facing an issue which is of potentially existential nature for the EU itself. If he is proven to be correct then the Europeans will start to make very different calculations."

At this week's EU summit, diplomats plan to seal part of an association agreement with Ukraine. Some are even calling for EU accession. But the EU, critics fear, might be getting ahead of itself in Eastern Europe. (20.03.2014)

Ukraine's interim prime minister has signed a long-awaited association agreement with the European Union. This came as the upper house of Russia's parliament approved the country's annexation of Crimea from Ukraine. (21.03.2014)

An expert on EU-Russian relations tells DW that the Crimean crisis didn't come as a surprise. After the eastern expansion of NATO, Russian insecurity was predictable, but the West ignored Putin's warnings. (24.03.2014)

What have we learned from history?