Though much is known about climate change, efforts to fight it remain patchy. One reason for it is psychological - climate change contradicts the way we perceive and tackle problems. 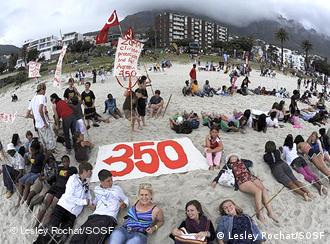 Recently, while clearing out my old university files, I chanced upon a copy of an article written by environmental sociologist Andreas Diekmann who teaches at the Swiss Federal Institute of Technology in Zurich.

Written in 2001, the article revealed that more than 75 percent of 1,300 Germans questioned in a sample poll believe that "the cause of the greenhouse effect is a hole in the ozone layer."

It's amazing that the majority believes in the theory after years of debate on climate change and considering the fact that the issue has been the subject of national consciousness-raising campaigns since well before 2001. In 2003, German environmental groups signed a ten-point program for a European energy policy. 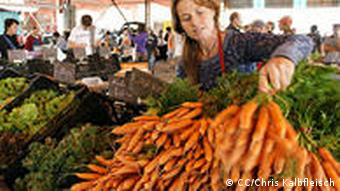 The popularity of organic produce shows that where's there's a will, there's usually a way

Climate change is happening before the world's very eyes, and represents an urgent social and economic threat to the planet. But as scientists and environmental experts never tire of pointing out, the world is failing to respond as efficiently as it needs to.

When it comes to taking decisive action, governments show none of the determination and resolve they demonstrated when the financial crisis struck.

It seems mystifying, especially given the possibility that environmental disaster could potentially cost more than the collapse of the financial markets, as the 2006 Stern Report's examination of the impact of global warming on the world economy has illustrated.

In it, Nicholas Stern, chair of the Grantham Research Institute on Climate Change and the Environment at the London School of Economics, put the costs incurred by global warming at 5.5 trillion euros ($7 trillion).

He proposed that an annual one percent of global gross domestic product (GDP) is required to be invested in order to avoid the worst effects of climate change, and that failure to do so could risk global GDP being up to twenty percent lower than it otherwise might be.

But his message continues to go largely ignored.

"Climate change contradicts the way we grasp and tackle problems," said former BBC reporter and psychotherapist Mark Brayne, speaking at the Deutsche Welle Global Media Forum in June. "As a problem, it overwhelms us."

George Marshall is another British environmental journalist who's asked himself why the problem of climate change seems to defeat the world at large. He's concluded that the sticking point is the time-frame: political systems might be able to address an immediate and pressing concern such as the financial crisis, but are unable to implement global action when faced with a problem on the scale of climate change.

In the western world at least, the repercussions won't be felt on a day-to-day basis for some time to come – which is why the full implications of the economic impact have yet to be grasped. 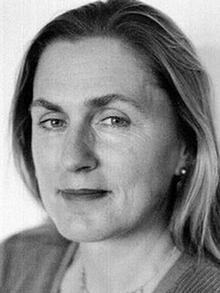 "The results of acting today will only be appreciated in seventy years time, which is beyond our imagination," explains Irene Neverla, a professor at the Institute for Journalism and Communications at the University of Hamburg and an expert on climate reporting. "That undermines our motivation."

Moreover, the causes and consequences of global warming are highly complex, controversial and often contradictory, she points out. Clearly, this is an obstacle to any consensus on an action plan. And there are others.

"Climate change is occurring all over the world,"she adds. "That makes it hard to pin down."

It also makes it hard to say who's behind it. In the case of this year's Gulf of Mexico oil spill, those responsible were easily identified. But with climate change in general, it is impossible to point the finger at any one culprit: society, big business and politicians are all to blame, and are all affected by the fall-out. There is no clear distinction between perpetrator and victim, and that clouds the issue.

Climate skepticism on the rise

The reasons for all the feet-dragging over climate change are obviously not only psychological. But the dimension does exist, and it's rarely discussed.

"We need to consider these factors," stressed Mark Brayne. "If we understand the role our perception of the problem plays, then we can tackle it better."

But right now, it seems as though public perception of climate change leaves a lot to be desired. According to a BBC survey carried out in February, only 26 percent of the British public belives that climate change was happening and "now established as largely man-made." 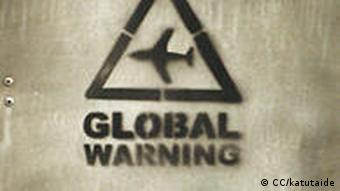 The threat is obvious - but a plan of action isn't

Irene Neverla confirms that climate skepticism is widespread at the moment, citing the case of researchers at a British university found to have been manipulating important data behind the climate change debate.

She pointed to another case in which the Intergovernmental Panel on Climate Change (IPCC) predicted that Himalayan glaciers could disappear by 2035, only to later admit this was a mistake.

But Nervela is confident this skepticism is only temporary and these cases will soon become yesterday's news. "Climate change is an issue that's here to stay," she said.

"People associate it with nature, purity and an unspoilt planet," she explained. "On a very elementary level, it's a very positive concept."

Pricing the earth to save biodiversity

It's a threat overshadowed by climate change but no less menacing: Life on earth is being extinguished at a rate that will one day stop us in our tracks. Could pricing the earth be the way to save it – and ourselves? (04.06.2010)

40 years of CDs : From listening pleasure to hazardous waste