Protesters call for Zimbabwe Election Commission to be disbanded

Opposition leaders and activists marched in Harare to demand UN assistance for the 2018 election, accusing officials of collusion with President Robert Mugabe. 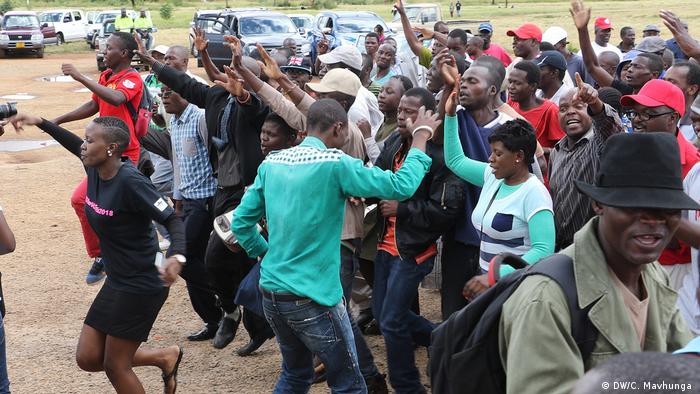 A group of opposition politicians, activists and church leaders protested in Zimbabwe's capital Harare on Wednesday, claiming the country's election commission colluded with the government to rig next year's presidential election.

A coalition of 13 political parties promoting a National Election Reform Agenda (NERA) criticized the commission's decision to allow the ruling party - led by long-time President Robert Mugabe - to oversee the purchase of biometric voter registration kits. The direct purchase, they fear, could give Mugabe's party an opportunity to influence eligible voter lists in his favor.

The 93-year-old Mugabe, president of the southern African country since 1980, has faced allegations of massive fraud in previous elections. In 2002, the European Union imposed a travel ban and froze assets belonging to Mugabe over election fraud allegations - sanctions which continue today. 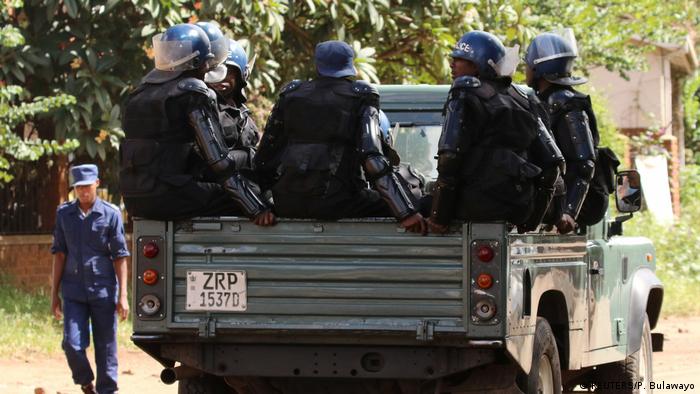 Zimbabwe police came out in full riot gear, but the demonstrations were largely peaceful

"We want our electoral reforms, which guarantee the secrecy of the vote and the security of the vote," said Douglas Mwonzora, secretary general of the main opposition party the Movement for Democratic Change, at a press conference at the demonstration. "And we are not going to compromise on that."

The NERA coalition submitted a petition to the Zimbabwe Electoral Commission (ZEC), demanding that it be disbanded and replaced by an outside commission such as a UN election management body.

ZEC chairwoman Rita Makarau denied accusations of collusion with Mugabe. She claims the opposition parties have gone too far in criticizing the election commission.

"Balanced and fair criticism, we have always welcomed it," she said after walking out of a meeting with opposition parties on Tuesday. "Abuse, we say no - by anybody, political parties or any stakeholder. We are beginning to feel that our engagements have been misunderstood."

The UN has never been involved in overseeing Zimbabwean elections. Mugabe's opponents went to court over the results of the last presidential election in 2013, which they claimed were fraudulent. If cooperation between the ZEC and opposition parties does not improve, next year's election is likely to be contested as well.

Columbus Mavhunga contributed to this article from Harare.

Why should Zimbabweans vote for Joice Mujuru?

Zimbabwe’s President Robert Mugabe has just turned 93. A lavish party on Saturday to celebrate his birthday is expected to cost more than $2 million (1.88 million euros).  (20.02.2017)

Zimbabwe marred by unrest, businesses call for end to protests

Businesses in Zimbabwe have raised concerns about the damage to property following Wednesday's failed stay-at-home protest. The ruling ZANU-PF party blames foreign embassies for the unrest. (01.09.2016)