Turkish prosecutors have withdrawn criminal charges brought against a former Bundesliga player over statements that he posted on social media. Prosecutors had charged Deniz Naki with spreading terrorist propaganda. 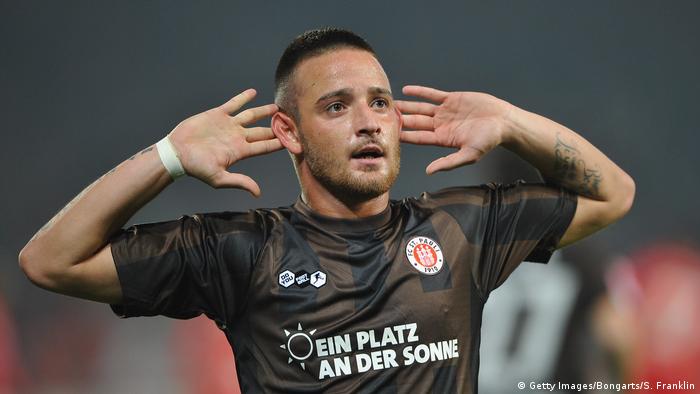 Deniz Naki, 27, was surprised to learn during a hearing in a court in the southeastern Turkish city of Diyarbakir that the prosecutors had withdrawn the charges against him. As the hearing began, the prosecutor present in the courtroom said that the German-born Naki had the right to freedom of expression.

"I am simply happy, I didn't expect this to happen so quickly," Naki told the mass-circulation German newspaper "Bild" afterwards. "I was worried that the case would be drawn out and that I might even be locked up."

State prosecutors had charged Naki for seven posts that he placed on social media, which they said, served to "incite hatred and hostility toward a group by another group" and "overtly make propaganda for the PKK/KCK terror organization."

In his posts via Twitter and Facebook, Naki was critical of the Turkish government's operations against Kurdistan Workers' Party (PKK) militants in the country's southeast, dedicating a win for his team to those "who were killed or injured during the atrocities on our soil over the past 50 years." However, he denied any wrongdoing, arguing that his intention was to spread a message of peace. Had he been convicted, Naki could have faced up to five years behind bars.

German Left party parliamentarian Jan Van Aken, who closely followed Naki's case, said the fact that the charges were withdrawn was a sign that "the international pressure had worked." An official from the German embassy in Ankara also attended the hearing.

Naki's case came amid ongoing tensions in Turkey, with 10 members of parliament from the pro-Kurdish People's Democratic Party (HDP) having been arrested on terror charges in the past few days.

Naki did not go completely unpunished, as the Turkish football federation banned him for 12 games back in February for spreading "ideological propaganda" relating to the Kurdish conflict in the southeast.

Naki, who played one season in the Bundesliga with St. Pauli, was born in western Germany to Kurdish parents from Turkey. He now plays for third-tier Turkish side Amedspor in Diyarbakir.