Under Chancellor Merkel, Berlin wants to strike a more upbeat tone in its relationship with Washington, something analysts say that could be very beneficial to the Bush administration. 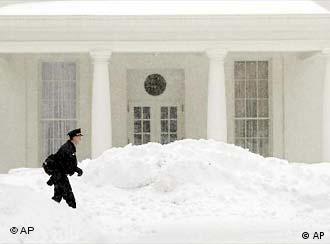 Iraq, Guantanamo Bay, Russia -- the list of issues to cover when Chancellor Angela Merkel and US President George W. Bush meet on her first official visit on Friday is long.

But perhaps more important than talk will be the chemistry between the US leader and Merkel, and what it could mean for Berlin's foreign policy in the coming years. The bad blood between Bush and Merkel's predecessor, Gerhard Schröder, was an open secret and reports indicate that Merkel will do everything in her power to set a new tone, including offering more in Iraq.

"Many people are thinking of being more helpful in Iraq, without sending soldiers," said Karsten Voigt, the government's trans-Atlantic specialist. "Of being helpful in other ways." 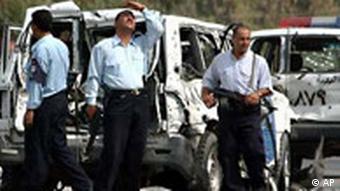 Whether that means an expansion of the Iraqi police training programs Germany is currently running -- as reported in Germany's Die Welt Wednesday -- or more remains to be seen. But the token could be the first bit of evidence that Merkel's government is serious about a change in "tone" regarding Washington. Voigt, a member of Schröder's Social Democratic Party, said the new chancellor already has a head start.

"She never supported sending troops (to Iraq) but she was critical of the attitude of Schröder," he said. "This simple fact gives a more positive view, seen from the White House."

The coming months will see what a change in tone could mean in terms of where Germany and America's foreign policy goals intertwine. The trans-Atlantic relationship went through a shake-up following the Schröder government's refusal to send troops to Iraq. Though experts doubt the relationship under Merkel will revert back to the Atlanticist days of Helmut Kohl, the new emphasis on "tone" could lead to a more united front on some issues.

Evidence of that can be seen as soon as Merkel's planned trip to Russia next month. The German chancellor joins Bush in his skepticism of President Vladimir Putin. 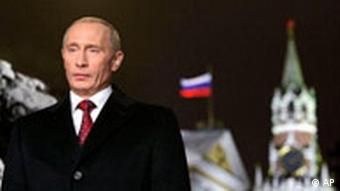 "I think Bush has become disaffected with him and Merkel already signaled that she will take a more dubious view of him," said William Drozdiak, director of the American Council on Germany, which will co-host a dinner for Merkel in Washington on Thursday night.

Drozdiak expects Merkel to make an appeal for the preservation of democracy and human rights, increasingly under attack in Putin's Russia. Aside from Russia, Friday's meeting between the two leaders might also give Bush the opportunity to address Iran.

Getting Germany to approve Iran sanctions

The Islamic nation's decision on Tuesday to break the internationally monitored seals on at least three of its nuclear facilities, defying the International Atomic and Energy Agency and the European Union could fast-track the issue to the UN Security Council, where the United States wants to pass a resolution hanging sanctions. Great Britain, France and Germany, the EU's three chief negotiators, and the IAEA have so far been reluctant to make such a move.

"Bush will try and persuade her that Tehran needs to be brought to heel," Drozdiak said. "Germany would make the biggest sacrifices because they have the strong trading relationship with Iran." 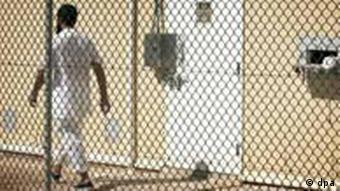 But the appeals in the White House won't be just one way. Merkel's disapproval of the CIA's use of secret flights to ferry terrorist suspects across Europe and her statement Sunday that the terrorist suspect holding facility Guantanamo Bay should eventually be shut down indicates she won't back down in asking for something in return.

And a glowing first impression this week can only help.

"I think she may be able to persuade him to do certain things that Schröder wasn't able to do," Drozdiak said. Her pitch to close Guantanamo Bay "is nothing new … but if he hears it from a friendly foreign leader it might make a difference."