State authorities are under fire after it was revealed police had identified Berlin attacker Anis Amri as a potential threat last March. An independent probe investigated possible lapses in authorities' handling of Amri. 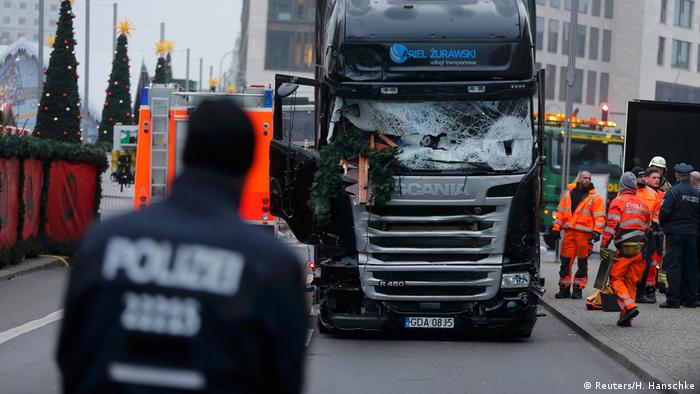 Authorities in the German state of North Rhine-Westphalia (NRW) were relieved of any misconduct or negligence in their handling of Anis Amri, the perpetrator behind last December's terror attack on a Berlin Christmas market in which 12 people died.

Interior Minister for NRW, Ralf Jäger, has come under sustained pressure after it was revealed Sunday that state police had identified Amri as a potential threat nine months before the attack. Despite the warning, NRW's Ministry of the Interior decided that deportation was not legally enforceable.

In a report published on Monday, criminal attorney Bernhard Kretschmer said he found no misconduct in the authorities' application of criminal and immigration law.

Although the state's action in this case wasn't flawless, it would have been unrealistic to form such a level of expectation in the handling of this individual," Kretschmer concluded in his report. Further, "there were no shortcomings that were either significant or that could have influenced that attack."

Kretschmer was commissioned by Hannelore Kraft, the state premier of NRW, to investigate any lapses in the state authorities' handling of Amri.

Kretschmer's report comes less than two months before the NRW state elections, with the ruling Social Demcrats coming under sustained pressure over their failure to detain Amri.

Christian Lindner, a member of the NRW state parliament and leader of the liberal Free Democratic Party of Germany, called on Jäger to resign following Sunday's revelations. "If Premier Kraft does dismiss her interior minister, than the case against of Jäger will soon develop into the case against Kraft," he said.

"Jäger's justification that he did all he could within the boundaries of the law is a mere fairytale," Laschet said. "What more should experts within the state police do aside from warn the interior ministry of potential terror threats and order them to take action."